Now in its tenth year of providing New Yorkers with a more robust and complete picture of the cinemas of contemporary Asia, thanks to its emphasis on the multitudinous entertainment-first forms that have remained mostly outside the purview of the City's annual autumnal art cinema showcase, the 2011 New York Asian Festival will accelerate its focus on one of the more vital channels of the continent's popular modes, the Korean action thriller. Grouped under the heading, "Sea of Revenge: New Korea Thrillers," the NYAFF will be presenting a half-dozen features made in the wake of the extraordinary, industry-saving popularity of Na Hong-jin's The Chaser (Chugyeogja, 2008), along with the genuine article (for the first time at the Manhattan event). Na's handsome, if brutal 2008 debut fits the NYAFF's specific cultural imperative: highly accessible, and, in the case of The Chaser, well-crafted popular film art that the parallel cineaste culture has long had the habit of overlooking in its continuing (though laudable) search for new global forms and distinctive auteurs - a pursuit that has favored the 'twice-told' singularity of Hong Sang-soo's idiom, and to a somewhat lesser extent, the conspicuous humanism of Lee Chang-dong's novelistic, mid-level work. Whereas festival-heavyweight Hong's closed system derives foremost from Eric Rohmer's overtly verbal, art-house body of work, for example, The Chaser emerges from a set of more popular sources including the double-chase story structures of Alfred Hitchcock, the abject serial-killer narratives - and under-lit spaces - of David Fincher, and especially from the revenge archetype and predilection for cross-cutting of Don Siegel's classic Dirty Harry (1971), which Na further references in his own hillside neon cross and a last-minute rescue plot-line that resolves itself in a similar fashion to the Eastwood vehicle.

While The Chaser accordingly proves a comparative bleak portrait of sadistic violence and revenge short-circuited, Na nevertheless manages to incorporate a sly sense of humor within his pulsing prostitutes, pimps, crooked cops and killer johns story-line. Na generates comedic effects both on the level of form, as in one especially adept elliptical hard cut where a relatively placid police house is replaced by a teaming space of screaming officers, and through his character's behaviors, with the eponymous detective-turned-pimp Kim Yun-seok's immediately callous treatment of the young daughter of his missing call-girl (Seo Yeong-hie) a particularly memorable example. Kim, whose performance propels Na's film in much the same way that Yang Ik-joon's does in the actor-writer-director's 2009 NYAFF peak Breathless (Ddongpari), ultimately comes to serve as a guardian for the young girl, which in turn infuses The Chaser with the same sentiment that Lee Jeong-beom magnifies for his comparatively lesser, surrogate father-daughter 'Sea of Revenge' offering, The Man from Nowhere (Ajeossi, 2010). 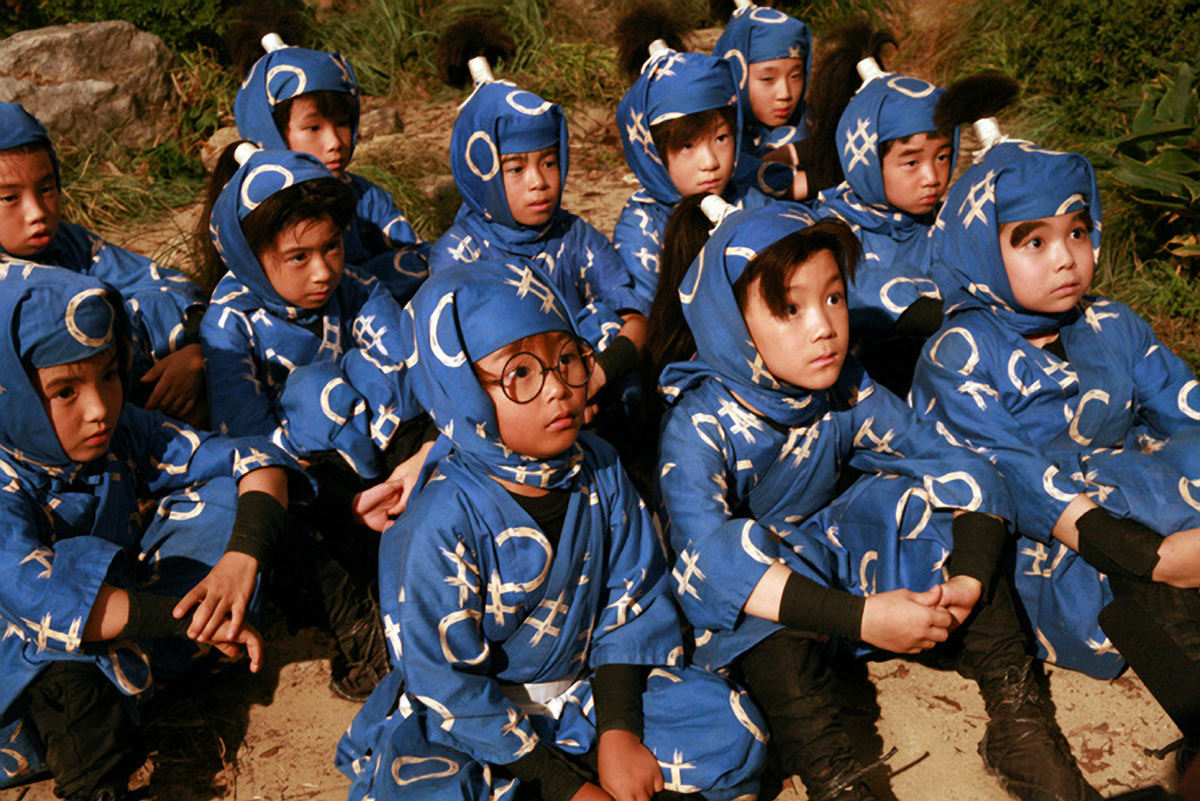 If The Chaser therefore offers comparatively old-fashioned pleasure within an essentially conventional narrative form, Miike Takashi's Ninja Kids!!! (2011), based on the extremely popular and exceedingly long-running animated series Nintama Rantarō (1993-present), suggests a newer mode of digital-era storytelling, wherein the act of telling increasingly has come to supersede more traditional modes of showing. Throughout Ninja Kids!!!, Miike's narrative frequently stops in order to identify the film's many would-be ninjas and the school's instructors, as well as to explain their off-beat training regimens, with pre-pubescent, bespecled superstar Katô Seishirô, in the Rantarō role, providing the consistently humorous, Wes Anderson-brand informational voiced-off commentary. (Given that Miike is, in essence, adapting a 1,450-plus episode animated series makes Ninja Kids!!!'s emphasis on information all the more understandable.) Miike does no less violence to the naturalism and integrity of his film's spaces, whether a warrior is tearing through a digitally composited background or one of his many figures is sporting a pink, solid plastic bump on his head. Indeed, the film's animated origins often return to the fore, with Chuck Jones especially emerging as a key influence on Miike's over-arching self-reflexivity.

Ultimately, Ninja Kids!!! represents the latest entry into the international, boarding-school sub-genre that Harry Potter has come to define over the previous decade, albeit with a much greater quotient of fart-jokes, piles of animal excrement and gleefully irresponsible moments of slapstick violence. Ninja Kids!!! likewise distinguishes itself from the far (and needlessly) darker Potter pictures in its consistently on-point sense-of-humor, whether Rantarō is racing through a watery battlefield with arrows whizzing past his head, playing up the melodrama as a comedic cut changes the perspective on the mountain that he and his classmates are scaling, tossing his throwing stars in a game of catch with his unsuccessful ninja father or whether he is insisting simply that all ninjas love Ramen. Though the episodic Ninja Kids!!! does at times lose its early comedic verve, there are more than enough highlights to recommend the ever-prolific and sadistic Miike's enjoyably misguided attempt at making a children's film.

The Chaser will screen once at 3:15pm, Thursday, July 14, at the Walter Reade Theater, while Ninja Kids!!! will received its world premiere at 7:00pm, Sunday, July 3 at the same venue, with an encore presentation at the Japan Society on Saturday, July 9 at 6:00pm.
Posted by Michael J. Anderson at 11:30 AM