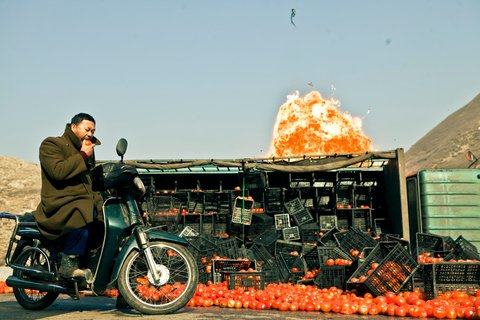 Since mid-July, the overwhelming majority of my film-viewing has been devoted to next month's Starz Denver Film Festival, first in previewing nearly forty festival submissions, and consequently in contributing program notes for more than thirty additional features. Over the next few weeks, this virtual space will be overtaken by the same project, with Lisa reprising last year's exceedingly popular SDFF Report Card, and both she and I contributing longer reviews when we are so moved. The reader may indeed rest assured that longer analyses of two of this year's unequivocal festival peaks, Jia Zhangke's A Touch of Sin and Paolo Sorrentino's The Great Beauty, will follow over the course of the coming weeks (as hopefully will other pieces for unexpected pleasures not yet seen). In the meantime, from the remaining thirty official selections that I have screened thus far, I have chosen the following six title sample as especially deserving the reader's attention and viewing resources.

Among the number of promising feature-length debuts included in this year's SDFF, none showed the formal intelligence and rigor of former critic Eddie Mullins's Doomsdays, an American indie slacker comedy that shades toward the truly anarchic and counter-cultural. (If you click through to the description of this or any title on the Denver Film Center website, you will notice, no doubt, my wanton self-plagiarism.) Displaying considerable consideration of alternative methods for telling a story in visual and spatial terms, Mullins relies almost exclusively on highly choreographed long-take set-ups, where a punch-line or plot-point is allowed to developed in a receding plane or on the edges of the frame. Indeed, for a film - home-invasion themed - where "being caught" is a constant source of suspense and especially comedy, Mullins has produced an art that privileges the commensurate act of seeing, and subtly encourages a more active form of spectatorship. If only a fraction of independent filmmakers showed the attention to form and stylistic ambition that Mullins reveals in his first feature, the American indie cinema would be a far richer field. 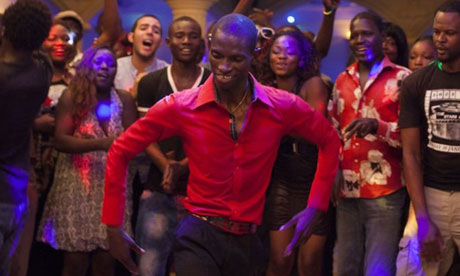 The mid-tier latest from one of the two most important Sub-Saharan African art-film directors to emerge since the mid-1990s - the other is Mauritania's Abderrahmane Sissako - Mahamat-Saleh Haroun's Grigris pushes the understated Chadian auteur of the exceptional Abouna (2002) and Daratt (2006) into novel feminist territory, as the film segues, in its final act, from the low-key nocturnal city to the bright, picturesque African savanna. (Antoine Heberle’s handsome cinematography was honored at this year's Cannes film festival.) However, like the aforementioned career highlights, a male lead remains focal, with Souleymane Démé's eponymous, physically impaired hero providing the haptic presence around which Haroun constructs his humanistic crime drama. In fact, the rhythmic advantage that Grigris makes of his disability - within the film's throbbing, neon-lit discotheque passages - provides Haroun's work with its most memorable and even transcendent moments of pure cinema.

Heavily atmospheric, elliptical and even dream-like, writer-director Daniel Patrick Carbone's feature-length debut Hide Your Smiling Faces provides further evidence of Terrence Malick's growing influence over the the latest generation of American independent filmmakers. Built around an incomprehensible summer-vacation tragedy that occurs within a verdant exurban New Jersey setting, Carbone authentically brings the homo-social interactions of a loosely connected group of teen and preteen boys to the screen, emphasizing the almost ritual violence - and threats of even greater harm - that defines their everyday existence. In its near complete absence of young female actors, moreover, Hide Your Smiling Faces is that very rare coming-of-age film where sex does not figure prominently in the equation. The young male mind is otherwise occupied in Carbone's quietly affecting, carefully calibrated indie drama.

Recipient of the prestigious Camera d'Or prize at this year's Cannes Film Festival - the first Singaporean feature to be honored by the French fest - Anthony Chen's Ilo Ilo finds unexpected emotional warmth in the unusual bond that forms between Teresa, a non-citizen Filipino maid, and Jiale, a serially mischievous eleven year-old bully. Conventional Asian art cinema in most respects, Chen's undeniably assured, semi-biographical debut nonetheless manages a national specificity that will prove most conspicuous in the corporal form of punishment that the charismatic young lead Koh Jia Ler receives before an audience of his classmates. The film's historical inscription of the 1997 Asian Financial Crisis contributes equally, though less distinctively, to Chen's construction of national identity, while also serving as the catalyst for the film's collapsing middle-class milieu (which the spectator witnesses alongside the picture's on-screen outsider surrogate Teresa). 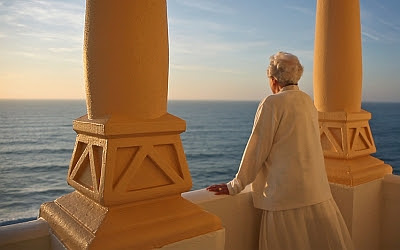 A habitually enchanting film essay that above all submits to the surreal operations of chance, though in a fashion that is more whimsical than radical, Oskar Alegria's The Search for Emak Bakia seeks an answer to the origins of Man Ray's mysterious Basque-language film title, Emak-Bakia. Most meaningfully, Algeria's lightly experimental feature documentary represents an act of exhumation: of the forgotten meanings of an all-but-dead Euskara language and the even more obscure private histories - from table tennis-champion Romanian princesses to resurrected clowns - that Alegria's digressive approach manages to uncover. Yet another feature film debut, The Search for Emak Bakia is a surprisingly easy pleasure and one of the left-field discoveries of SDFF 36.

Award the Silver Bear (Alfred Bauer Prize) at this year's Berlin International Film Festival, former critic and occasional documentarian Denis Côté's Vic+Flo Saw a Bear provides early and relatively decisive localized evidence of Quebec's rumored 2013 boom. Centering on Victoria and Florence, a same-sex couple who seek refuge from their troubled pasts in the remote forests of the French-Canadian province, Vic+Flo Saw a Bear strings together a series of initially naturalistic set-pieces that alternate between mobile camera movements and conspicuously static set-ups. Throughout, Côté deftly affects an atmosphere of uncertainty and lingering dread, a sense that he imparts in no small measure through his mysterious and menacing cast of locals. This feeling is confirmed by the film's spectacularly sadistic, almost impossible to watch climactic act to which Côté's title obliquely refers. A flamboyantly surreal concluding flourish will follow in this award-winner from the fast-rising under forty.
Posted by Michael J. Anderson at 8:34 PM