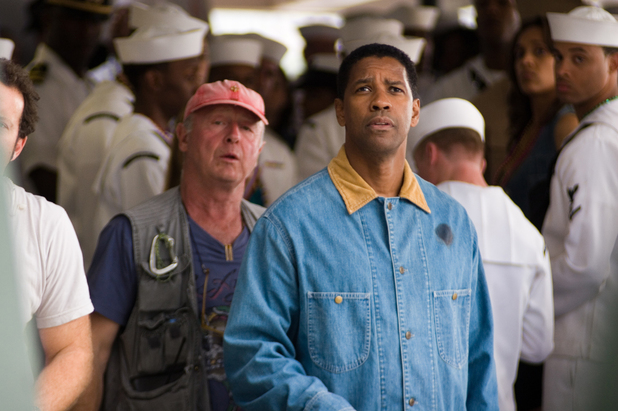 The late Tony Scott, who took his life in his adopted California earlier this week, became the early twenty-first century's most unexpected object of auteurist critical reappraisal on the strength of one of contemporary Hollywood's most distinctive personal stylistic idioms, which reached its visual and moral points of extremum in Man on Fire (2004) and Domino (2005), and on a masterpiece in Déjà Vu (2006) that merits consideration as one of the last decade's absolute blockbuster-mode peaks. (For this writer, only Michael Mann's Collateral [2004] showed an organic rigor and conceptual richness to match the younger Scott brother's career highlight.) My own heightened interest in the British-born director - previously, like many from my Carter-baby cohort I suspect, Scott had been the director of the once culturally ubiquitous Top Gun (1986), as well as of a very fine submarine film from my high school years, Crimson Tide (1995) - in fact began with the great Japanese critic and academic Shigehiko Hasumi's 2006 left-field citation of Déjà Vu's immediate and highly pleasurable predecessor Domino as one of the ten best films of its respective year. One year later, I happened across Christoph Huber and Mark Peranson's outstanding, definitive appreciation of Scott's work and (the still unseen to me at this juncture) Déjà Vu, which would lead not only to my first rapt viewing of the picture, but to my own writing on the film in a piece that I consider my best published work. (It was Scott's art that dictated the piece's quality, much more than any conceptual framework or verbal construction that I brought to the essay.)

In retrospect, Déjà Vu would represent not only Scott's very best work as an audio-visual storyteller, and of course a critical turning-point for yours truly, but also the synthesis of a set of thematic concerns that were born amid his 1990s sub-corpus (and would continue to hold for his two subsequent features). Déjà Vu's small though still quite creditable follow-up The Taking of Pelham 1 2 3 (2009), renews the resurrection iconography that appears most vividly in Déjà Vu, long after the trope made its its first appearance in True Romance (1993), as the director's most decisive intervention against screenwriter Quentin Tarantino's original conceit. Unstoppable (2010), on the other hand, builds on the surveillance subject matter that Déjà Vu borrowed from one of the director's best of the previous decade, Enemy of the State (1998), as well as the 2006 film's post 9/11 engagement with mass tragedy. The Scott of Unstoppable, which for this writer remains the leading candidate for the second best of his career, like the Scott of Déjà Vu, had become one of the very few artists to legitimately concern himself with the America of the late twentieth and early twenty-first centuries. He will be sorely missed.