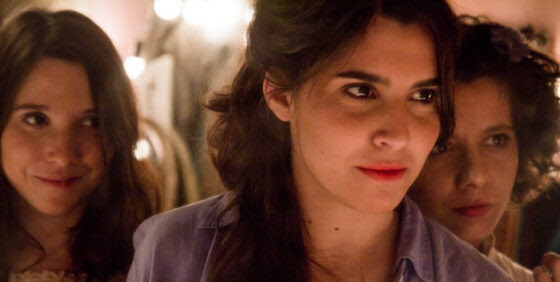 Taking its title from the gender masquerading protagonist of William Shakespeare's Twelfth Night, and borrowing story-lines and snatches of dialogue from both the aforesaid and also the playwright's As You Like It, Matías Piñeiro's Viola (2012) presents its theatrical subject in a de-spatialized fugue of tightly framed faces, shot just above or at the eye-level of the film's shifting set of speakers. Piñeiro elegantly cuts within the camera, moving between his stratum of actors as they articulate the author's words or elaborate in their own philosophical flights of fancy. In thus abstracting the Bard's (and Piñeiro's) dialogue from a proscenium-like setting, the early thirty-something Argentine writer-director re-conceives his sister art subject - this is a film that engages and explores questions of theatrical and cinematic ontology and specificity - as an object, foremost, of language, as an endlessly reproducible and transportable series of conversations that will quickly move beyond the film's opening, imprecisely marked theatrical space (where the disguised Viola first meets countess Olivia). Piñeiro consequently presents Shakespeare's art in the form with which it is most often lived, as words to be read, recalled and repeated, rather than as a fully formed art-object to be received within the space of exhibition. Theatre is dialogue, and cinema faces in this searching, intelligent sixty-minute interstitial.

Twelfth Night and As You Like It additionally offer points of theoretical and narrative departure, all in a manner that distinctively recalls the verbose cinema of Eric Rohmer - the Millennial director accordingly joins fellow Argentine auteur Celina Murga in finding significant inspiration in the work of the late French master. The performance's Viola, the pictured Cecilia (Agustina Muñoz), plays the disguised Cesario both on and off the stage, inserting herself in the romantic life of her co-star countess, before attaining the same heterosexual fate as her Shakespearean model. (In so doing, Piñeiro makes even more explicit the essentially modern gender instability of the author's original.) A second Viola (María Villar) materializes just before the film's mid-point, bringing with her a shift in emphasis from the world of theatre to that of D.I.Y. arts publication: Viola and her boyfriend produce the multi-media "Metropolis," which she disseminates by bicycle throughout Buenos Aires's underground arts community. Indeed, it is this latter sub-culture that the film's second half - which will bring together the two Viola's, occasion the As You Like It dialogue referenced in this post title's (in the midst of a spatially disorienting dream sequence) and conclude with an off-key musical 'epilogue' that follows a Rohmerian bit of voice-over business - ultimately sketches. Piñeiro's highly accomplished re-appropriation of Shakespearean light comedy is in the respect a fundamentally social affair in its orientation, a work of film art that achieves its communitarian vision through its overlapping multi-character story construction, romantic entanglements and of course, its sinuous, sensual mise-en-scène. 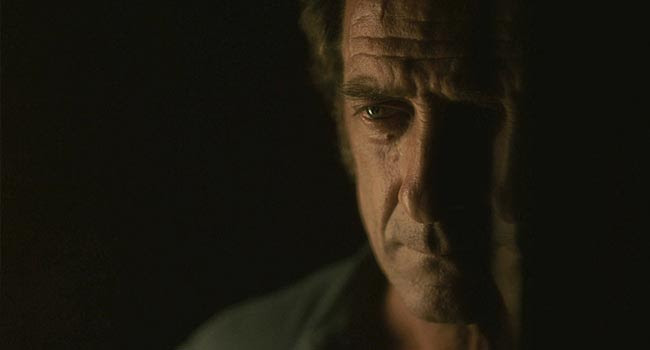 Where narrative subject and visual style prove elegantly coterminous in Piñeiro's Viola, leading French auteur Claire Denis's Bastards (Les salauds, 2013) emerges more, by contrast, as an application, however tonally appropriate, of the filmmaker's exceedingly distinctive audio-visual idiom. Combining the dusky vocals and moody instrumentation of Tindersticks with the tenebrous cinematography of Agnès Godard, consistent collaborators both, Denis's film evocatively sketches the grim, conspiratorial story of the extended Silvestri family as they suffer through a Great Recession-era crisis of their own partial creation. From the rain-soaked streets and facades that accompany the film's elliptical opening suicide set-piece, cause and effect of the aforementioned familial breakdown, Denis fixes her post-Bressonian gaze on a series of lightly stroked surfaces that together mark the filmmaker's immediately recognizable signature. Most notable among these forms are the focalized bodies of co-leads Vincent Lindon and Chiara Mastroianni: respectively, we behold the middle-aged Marco's muscular physique beneath his clinging linen shirt and Raphaëlle's supple, mole-covered skin as she writhes beneath her mysterious new neighbor. The body, or more precisely the abused anatomy of Lola Créton's Marquis de Sade's namesake Justine*, presents a site likewise for the film's uttermost expression of abjection, intimated and articulated in increasingly troubling a-chronological snippets, before being forcefully disclosed in the work's concluding low-res shocker. Bastards finds a filmmaker in full control of her inimitable art - if also a shade ambivalent toward the arch provocation that she is bringing to the screen.

Cinema Guild is distributing Viola in North America, while Sundance Selects is responsible for Bastards, having released the film both theatrically and via Amazon's streaming service in the United States.
Posted by Michael J. Anderson at 10:25 PM