Television is not an art 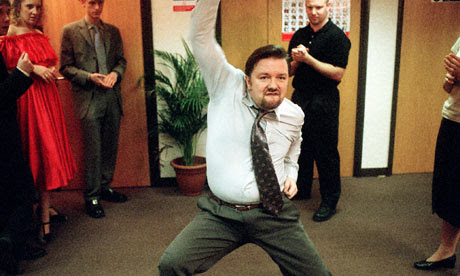 Television is not an art. Television is a medium that engages in the broadcast of art -- in addition to that of journalism, sporting events, and other forms of entertainment -- but it is not an art form in its own right. What semantic difference does this make? It makes some.

First, it must be acknowledged that cinema which is broadcast on television is still cinema. If one was to watch The Bridges of Madison County on television with commercials, as I did for the time, one is still watching Clint Eastwood's work of art, even if the experience of the film is somewhat amended by the particularities of its mode of broadcast. The same is true for any experience other than its projection in 35, even if VHS or especially DVD closer approximates the intended circumstances of its screening. Assuming that it is not recut -- which is characteristic for the pay channels even if it is not the norm elsewhere -- Eastwood's ideas and their implementation are the same; he photographs the same subjects, cuts in the same places, etc. The work is the same discursively as well as ontologically; that is, the four fundamental elements of the medium remain unchanged on the small screen -- which is to say, it is (or can be) the same representation of space, time, light, and sound.

All of this is to say that cinema can exist on television, which surely is the first place that many of us have seen certain motion pictures, be it through broadcast or more often perhaps, home video. Moreover, works like Fanny and Alexander (Ingmar Bergman, 1982) and Dekalog (Krzysztof Kieslowski, 1989) were themselves intended for television broadcast, with abridged formats that would be released theatrically. Few would deny their status as works of cinema, largely one supposes because of their authorship.

Which brings me to an important point: if film is a medium of director's (and theatre, of actor's) then I think we can say that television belongs to writer's. In the parlance of the medium (as in 'of broadcast,' rather than as an art form) the creator of the program -- David Chase with The Sopranos, Alan Ball with Six Feet Under -- is more often than not a writer, who continues to work in this capacity, to varying degrees, as the program continues. This is not to say that a director is always invisible in television broadcasting, but rather that as a default, he or she is. Television style tends to be invisible, and when it is not, a matter for replication from one work to the next. The mise-en-scene is not the thing with television, it is the story and characters.

Stepping back for a moment, this divide between film and television is artificial, admittedly. The basic ontology of a television program is the same as that of a motion picture -- with or without the commercials. (If Russian Ark were the rule rather than the exception, I might pause for reflection; as it is however, the dictates of the commercial break do little to effect its ontology, even though it does influence its narrative arc, which is a subset of its temporal dimension.) When a program does not have commercials, as with BBC programming or HBO, the question is null anyways.

Which brings one back to the essential difference between television and theatrical/home video cinema: the circumstances of its production. Television, because of the amount to be shot, whether its six, twelve, or twenty-two episodes, demands a different speed of production -- and of course, allows the writer far more space to develop characters and various storylines. How many great novels can you think of, after all, which you read in 105 minutes? This same 105 minutes, however, gives the director more problems to resolve than he or she needs: the performances, the blocking, the lighting, the camera movements, the cutting, the soundtrack, et al. Robert Bresson made all of fourteen films in forty years -- including the unmatched Pickpocket which clocks in at a lean 75 -- and still, his corpus rates among the greatest of anyone ever to work in the art form. The Simpsons is on season seventeen, Law & Order, number sixteen (in the first of five incarnations to date).

Naturally, then, television's shooting style lends itself towards a mass-production approach, curiously similar to that of the early studio system. And like the heyday of the studios, television has shown itself to be more than adept in the production of tele-visual pleasures. Consider the abundance of highly-involving programs to appear on American in television in just the past decade: Seinfeld, Homicide: Life on the Street, The Sopranos, Curb Your Enthusiasm, Six Feet Under, The Shield, The Wire, Nip/Tuck, Arrested Development, and Deadwood, to name only a few. Each of these represent storytelling, character development, comedy, or a combination thereof at their very best, even if they don't rate with the cinema of Eastwood, Lynch, Jarmusch, Linklater, Mann, Scorsese, Payne, and either one of the Anderson's in terms of their mise-en-scene. They do not equal them as works of cinema, but they do provide pleasures of their own. It's not even that they are deficient in their ideas: The Sopranos after all is an extremely ambitious examination of the American-myth gone awry; Seinfeld was a show about nothing that adeptly exposed its manipulation of its audience in the show's brilliant, though less than viscerally satisfying finale -- on second thought, maybe this does confirm at least Seinfeld's final episode as great cinema. Anyways, the point is, these are shows about something (or nothing) which are fully-sufficient in terms of their storytelling, though they often do not equal the organic complexity of cinema's best.

Often, because at times, television does rise to the level of great cinema. Fanny and Alexander and Dekalog are obvious examples. Less so, perhaps is another instance where the auteurs are the writer-directors rather than simply the writers is the BBC's The Office written and directed by the team of Ricky Gervais and Stephen Merchant. This is auteurist television, in the classic cinematic sense. Here it is not simply the brilliant comic writing that elevates the work to the status of great, but is, moreover, their handling of the space and time of this dreary setting: those interstices when nothing is happening dramatically; the character's awareness of the camera and its solicitation of performance; the wonderful moment in the second series when Tim takes off his microphone to ask Dawn an enormously intimate question, etc. Form and content are organically fused in The Office. This is great cinema in the classic tradition of the film serial.

Indeed, like the work of Louis Feuillade in the early 20th century, The Office, as is true of all good fictional television, most closely resembles the form of the serial in the manner that it compels the viewer to see what happens in the next installment. With the advent of the television series DVDs, entire seasons can now be consumed at the viewer's pace, as one might read a page-turner. Television has found its vocation in this format -- first-rate storytelling, and more often than not, second-rate cinema. So be it. It's time for Hell's Kitchen, and I don't want to miss a second.
Posted by Michael J. Anderson at 7:54 PM

I would agree with Clive James when he wrote in one of his essays that The Sopranos is richer and more inventive than the Godfather films.

I wouldn't disagree. I might add that "Deadwood" improves open "McCabe & Mrs. Miller." The question remains whether either is fundamentally - ontologically - different than cinema. My inclination then, as now, is that each medium shares a foundational, aesthetic nature (especially when one is discussing commercially-free, taped-delayed programming).

I researched this for an assignment on whether 'tv is art', and watched clint eastwood, and others mentioned in this blog and believe this blog to be correct, so much so I referenced you.