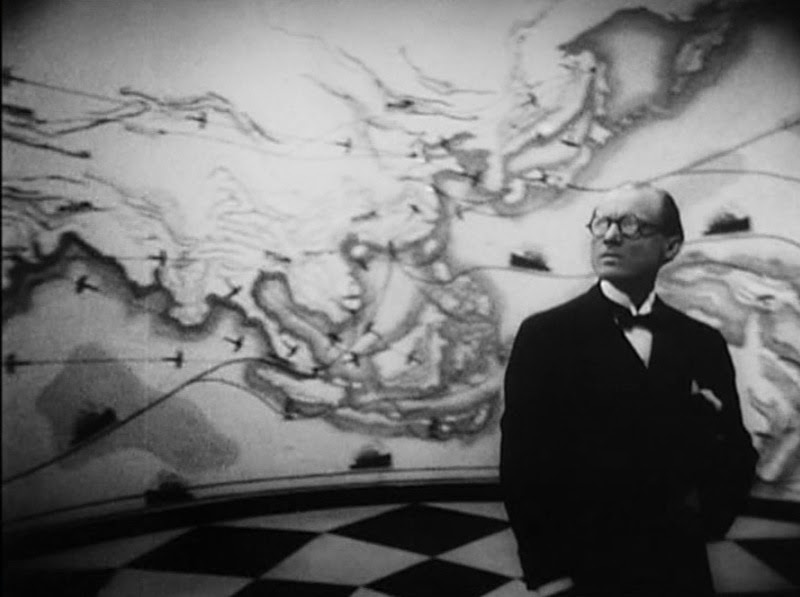 Marcel L'Herbier's legendary L'Argent (1928), which screens November 14th and 15th at New York's Museum of Modern Art, and which was released in a two-disc, region-2 DVD set by Masters of Cinema for its eightieth anniversary in 2008, updates Emile Zola's eponymous, anti-speculatory serialization (1890; novel published in 1891) within the persuasive américanisme of post-Spirit of St. Louis, late 1920s Paris. Indeed, L'Herbier's parable of speculation and sex, set against a fictional, reverse trans-Atlantic flight, very much belongs to the "intellectual debate" surrounding this obsession with all things American that Wanda Corn has noted in her tome, The Great American Thing (132). The concern was, in the words of the author, whether américanisme was "simply a veneer or was it a more serious transformation of French life" (132)? Responding to this cultural anxiety, L'Argent portrays the reckless market speculation and the celebrity, fad culture surrounding the picture's aviator in a far more critical fashion than would have ever occurred within the American popular cinema at the time, or surely among the country's people at large (even if the North American nation's literature had produced an even more negative current, as exemplified by the works of Sinclair Lewis). For Hollywood, it would require the events of October 1929, and a lag-time of about three years, for more cautious and detracting work, such as Frank R. Capra's American Madness, William Dieterle's The Crash and Harry Beaumont's Faithless (all 1932), to appear.

If L'Argent proves ahead of Hollywood in this respect, it remains avowedly - and to its benefit, certainly - of a moment that was quickly passing: the silent era of cinema. Continuously showcasing the camera mobility that was among the greatest filmic virtues of the age - the film's contemporary making-of documentary, Jean Dréville's Autour de l'argent (1929), reveals how L'Herbier simulated crane-shots, for example, in a period where these were all-but unheard of in the French industry: by swinging the cinematographer on a board above the action; likewise Dréville presents the very amateur means utilized to capture the revolving shots on the circular set - and which define many of its greatest works (F. W. Murnau's unparalleled Sunrise [1927], the exuberant, silent portion of Paul Fejos's transitional Lonesome [1928]). L'Herbier provides a rigorously mimetic dislocation of feeling onto the spatial environment; or, as Richard Abel has argued, L'Argent has invented "highly original strategies of camera movement and editing [that] helped to critique its wealthy characters and milieux" (The Oxford History of World Cinema 122). Among the most striking of these are its nose-dive compositions of the film's stock market floor - to secure what L'Herbier called the "ant's nest impression" of the environment - which again, as depicted in Autour de l'argent, were achieved by mooring the camera to a plunging cable.

This space, thusly, calls to mind Michelangelo Antonioni's L'eclisse (1962), just as it prefigures the nexus of sex and money that emerges as the director's primary subject. Similarly, L'Herbier's film reminds of Jean Renoir's The Rules of the Game (1939), and specifically, of that film's aviator subject and upper-class critique, to say nothing of its fluid camera work. (Moreover, its enormous set work, not unlike Fritz Lang's Metropolis [1927], whose female lead, Brigitte Helm, L'Argent shares, provide an additional dimension of critique that is at once metaphorical and spectacular, as Lisa K. Broad points out; it is out-of-control and aspirational at once.) Hence, L'Argent recalls the very best of European cinema, and whether or not it deserves to be classified on the same towering level - there is something less than satisfying about its antiquated melodramatic reveal in the final act - it shares the enormity of ambition of Antonioni's and Renoir's masterpieces. Like its cousins, or perhaps even its conscious descendants, L'Argent seeks to remake film language in the image of its protagonists, while critiquing a world on the verge of breakdown.
Posted by Michael J. Anderson at 10:43 AM