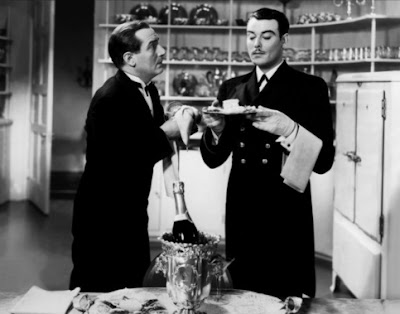 Renowned mostly for the all-time horror classics he directed for Universal studios (Frankenstein, 1931; The Invisible Man, 1933; Bride of Frankenstein, 1935) and claimed as one of the queer cinema's unimpeachable Hollywood icons (see Bill Condon's Gods and Monsters, 1998), James Whale nonetheless maintained a slightly less marginal status than either of the above distinctions might suggest. Serving as one of (the admittedly quite marginal) Universal's top two house directors - the other being John M. Stahl (Back Street, 1932; Magnificent Obsession, 1935; see Thomas Schatz's studio history in The Genius of the System, 1988) - Whale made a number of Universal's most prestigious entertainments (including the aforementioned "A" horror films, which are routinely mistaken for "B" pictures) and expensive productions of the period, culminating in the studio's definitive musical adaptation of Edna Ferber's Show Boat (1936). As this latter project would suggest, Whale, though recognized even at the time primarily for his horror films, did manage to work outside of the genre, both following his 1935 cycle apogee Bride of Frankenstein, and even in the midst of this output, as he would in the equally strong, and similarly ignored The Impatient Maiden (1932, Universal - pictured) and By Candlelight (1933, Universal).

Though ultimately an earnestly nuptial-affirming romantic melodrama, The Impatient Maiden nevertheless manages more body-blows on the institution of marriage than perhaps any other work of the era. Studio starlet Mae Clarke plays lecherous divorce attorney Albert Hartman's (John Halliday) leggy, nineteen year-old secretary, Ruth Robbins, who from the film's outset professes her utter distaste for marriage, which Whale confirms in both the numerous on and off camera rows that provide white noise for Clark's picturesque San Francisco surroundings and in the leering of a male client who fixes his gaze, indifferent to the objections of his wife, to Clarke's stockinged legs cropped on the left edge of the frame. When Ruth is finally proposed to by resident physician Myron Brown (Lew Ayres in a solid male lead performance that holds the screen with Clark's compelling work), following a series of phone calls and even a touching midnight visit - Whale's leads exude a genuine, recognizable humanity in this work - she declines, opting instead for the instant material rewards of Hartman's slimy company, in spite of the protests of Alabaman roommate Betty (Una Merkel) and the latter's boyfriend, gentleman nurse Clarence (Andy Devine). As with By Candlelight, the lure of money must be overcome for love to obtain.

Ironically, Betty's deep south accent becomes the source of much playful derision from Devine's Clarence, in spite of that actor's legendarily singular speech pattern. In fact, The Impatient Maiden provides more than its share of humor, whether its Ruth's barbed protestations against the institution of marriage, Betty's boundless stupidity (often and cruelly remarked upon, not that she ever understands), Clarence's invention of a zip-up straight-jacket with an easily anticipated flaw or he and Dr. Brown's gambling over whether their patients will survive. In at least the final two examples, Whale and screenwriters Richard Schayer, Winifred Dunn and James Mulhauser import a gallows humor that very much maintains the spirit of the director's horror corpus, as do the zombie-like patients of the hospital's psych wing, the x-ray machine that Brown uses on Ruth and lastly the belated appendectomy that the doctor performs on his love interest. Much more than By Candlelight, The Impatient Maiden belies the signature of a horror maestro.

Whale's hand is likewise visible in the picture's highly fluid mise-en-scène, where Whale's camera incautiously passes through a series of walls at Ruth and Betty's low-class residence. This teaming, working class hovel provides a striking contrast with both Hartman's art deco penthouse, in which Ruth is set up, and with the residence of Prince Alfred von Rommer (Nils Asther) in the subsequent By Candlelight. In the latter, butler Josef (Paul Lukas - think a less confident variation on Maurice Chevalier and Herbert Marshall's characters in Ernst Lubitsch's period work) abets his master's Don Juan tactics (Josef and his female counterpoint, Elissa Landi, both read the famous Lothario's memoirs), performing a ritual for the Prince's continuous, married visitors that includes a well-timed presentation of champagne and an even more precisely orchestrated tripping of the circuit. After discretely removing himself to his adjacent quarters, Josef further rehearses the Prince's witty come-on's into a mirror.

Josef's play-acting as the Prince soon becomes public after a mistaken identity leads a presumed countess Marie (Landi) into believing that he is Rommer. This misapprehension leads the formerly disinterested female to become the romantic aggressor, thus reiterating The Impatient Maiden's romance for material reward equation; likewise, the final revelation of identities will require the valuation of love over money with which Whale also concluded the former film. In the meantime, with Josef doing his finest Prince Rommer impersonation, the pair share an afternoon and evening in a rural fair and wine garden, before reuniting in the Prince's residence with the latter ostensibly gone for the evening. When the gentleman returns to overhear Josef's impersonation, the Prince completes the reversal of roles of his own accord, even carrying out the loss of power that is his personal trademark. Naturally, the characters' true identities are discovered (after the film's Cinderella loses one of her shoes), leading to a denouement that manifests the clockwork precision of Viennese operetta (which Ruth claims to like in The Impatient Maiden; little does she know, evidently, that a lecture by a Viennese physician is nowhere near as engaging).

With The Impatient Maiden and By Candlelight, Whale employs characteristically long, graceful follow shots within narratives that move briskly toward an affirmation of love over material reward. In the director's Sinners in Paradise (1938, Universal) these qualities are largely absent, though love naturally remains triumphant (even if it is not, in this case, challenged by wealth), following an incipient passage that introduces viewers to each of the soon-to-be-shanghaied travelers, many with explicitly hidden identities, at an airport. With the camera, first, mostly constricted within a trans-Atlantic seaplane whose interior seems closest in design to a railway dining car, and then with the narrative, second, equally static once the crash's survivors land on a tropical island - essentially we wait, for the film's very slight 65 minute running time, with the passengers for their departure from the island - Sinners in Paradise does not sustain the director's principle narratological virtues.

The British-born director, however, reveals the same class consciousness (here especially in the ironic, if heavy-handed protests of a millionaire factory owner, Charlotte Wynters, that she is being mistreated after doing the same to her workers) that appeared in both The Impatient Maiden and By Candlelight, while recasting his politics within immediately pre-World War II terms: namely, Sinners in Paradise preaches a need to confront rather than hide from one's problems. In this light, the film's egalitarian island society appears less socialistic (cf. Frank Capra's You Can't Take It with You, also 1938) than adherent to the social strictures of the military. While Sinners in Paradise thus offers a clearer picture of Whale's and writers Harold Buckley, Louis Stevens and Lester Cole's pre-war politics, it nonetheless lacks the visual and narrative virtues of Whale's best work, which is to say that it is an unmistakingly minor iteration of his art.

The Impatient Maiden and By Candlelight are, on the other hand, not only exemplary of the director's storytelling gifts and thematic interests - Whale belongs with Capra, Lubitsch, John Ford, Howard Hawks, Josef von Sternberg and very few others as Cahiers du cinema-brand, early sound era auteurs - but testify to the director's exceptional dexterity in working outside of his horror specialization.
Posted by Michael J. Anderson at 10:33 AM