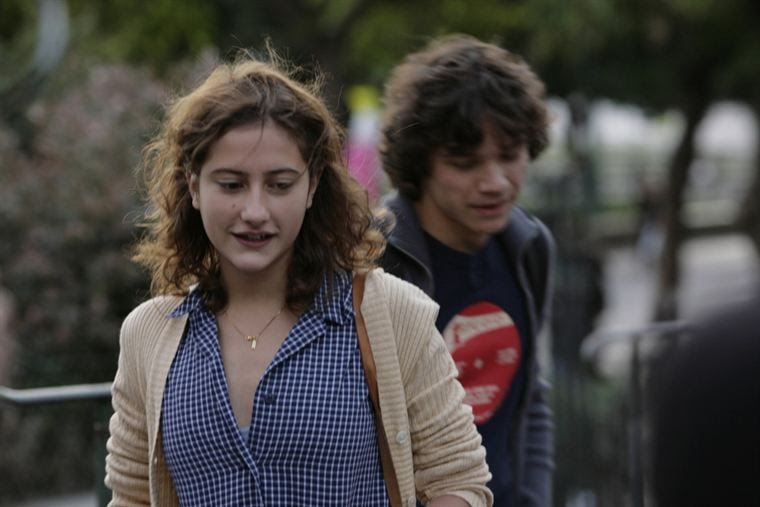 Loosely composed of three correlative parts sketching fifteen year-old Camille's first adolescent romance, sentimental follow-up and the consequent renewal of her youthful affair, writer-director Mia Hansen-Løve's Goodbye First Love (Un amour de jeunesse, 2011) refreshes both the minor-key teenage sexuality thematic of her exceptional The Father of My Children (2009), as well as its concluding emphasis on moving on after a life-shattering loss. Hansen-Løve however not only synthesizes these concerns in her treatment of Camille's emotional life (with seventeen year-old art-house ingenue of the moment Lola Créton in the lead after providing support in The Father of My Children), but indeed makes each a predominant focus of her latest narrative, thus developing the content which she introduced in more granular form in her second feature. In this respect, Goodbye First Love adds to the thirty year-old Hansen-Løve's burgeoning auteurist credentials - which at this early juncture remain no less pubescent - as do the film's crisply biographical features, from Camille's romantic relationship with her intellectual and professional mentor, Magne-Håvard Brekke's Lorenz on screen and Olivier Assayas off, to the film's renewed emphasis once again on practical artistic creation, which in the director's latest finds a cinematically analogous form in the architectural medium. Hansen-Løve's world appears very conspicuously in Goodbye First Love.

So too do the director's filmic antecedents, whether it is Assayas's Late August, Early September (1998), in which Hansen-Løve received her first screen credit (as an actor), and which increasingly feels generative of her entire body of work, or Eric Rohmer's corpus, with the "Comedies and Proverbs" and his supreme masterpiece The Green Ray (1986) especially key for Goodbye First Love. Hansen-Løve indeed replicates the latter's journal titles, its geographical precision - with the film's twinned on-screen maps signposting the foucs, while also tracing Camille's personal progress - and its rhetoric of chance and feminine indecision. Where Hansen-Løve falls short of Rohmer, however, is on the level of dialogue, which never rises to the grace and sophistication of the late director's, even when a heroine like The Green Ray's Delphine (subtly name-checked in Goodbye First Love) succumbs to inarticulateness. Hansen-Løve's conversations fail to live in the same way as Rohmer's; excepting Valérie Bonneton's mother, no one in Goodbye First Love is compelling by dint of what they say or how they express it.

Still this is not to say that the fine Goodbye First Love lacks life or at least verisimilitude, and the characters interest. Instead, it is the tenor and dynamics of Camille's relationships with Sullivan (Sebastian Urzendowsky) and Lorenz that do much of the heavy-lifting - in addition, naturally, to the seventeen year-old Créton's undeniable carnal appeal - in the filmmaker's latest, whether it is the sexual intensity of the former or the more cautious, adult-coded approach of latter, with Lorenz admirably escaping the archetype of the lecherous collegiate instructor. Of course, in thus dividing Camille's romantic and intellectual compatibility between her two lovers, Hansen-Løve inscribes a comparatively rote and conventional dichotomy - while also inviting the viewer to wonder about the implications of the film's biographical subtext. 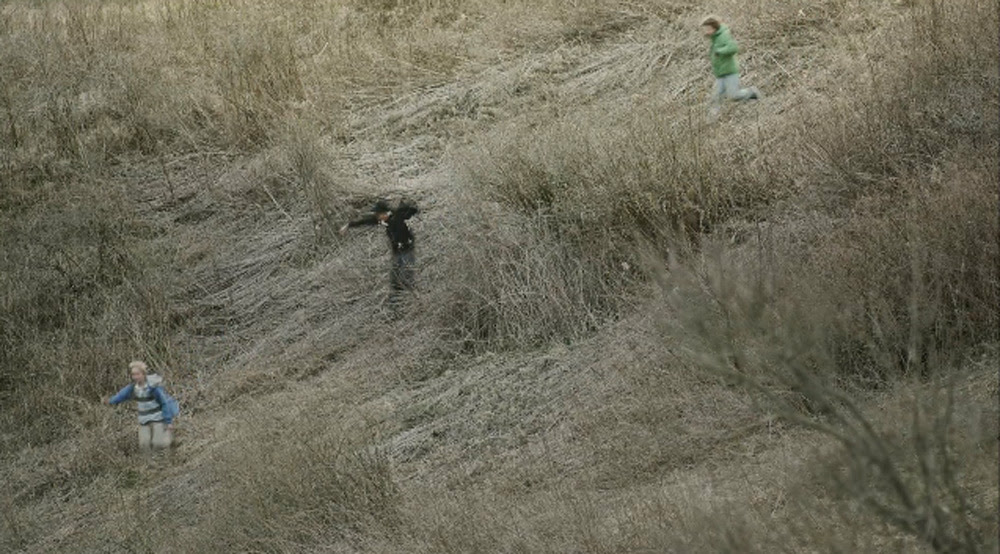 More than forty-years after Vilgot Sjöman's sexually explicit I Am Curious films set an international standard for controversy, as well as what would be permissible in the art-house - in its erotic focalization on the underage Créton's body, even Goodbye First Love owes to this earlier tradition - fellow Swede Ruben Östlund's politically indelicate Play (2011) has discovered a new manner in which to shock from the famously liberal Scandinavian nation: by inviting speculation on the problem and inadequate domestic reaction to immigrant youth violence that continues to provide nearly daily headlines in the two cities mentioned in the film, Östlund's hometown of Göteborg (whose center and suburbs provide Play's primary setting) and the nearby site for a recent wave of Arab-on-Jew attacks, Malmö. While the specter of Islamic terrorism is raised only inferentially in Play, Östlund's surveillant long-take work does dramatize the experience of being terrorized, with the picture's three youthful leads - one Asian and two white, including one yellow-haired, blue-eyed boy who provides a clear symbol for Swedish ethnic and national identity - articulating a spectrum of reactions from crippling fear to abject humiliation to even sympathy for one's captors, which is to say Stockholm syndrome. At the very least, Play certainly qualifies as a work of ideas and ambition as it engages for better or worse with the nation's multiculti present.

When the boys do eventually emerge from their captivity, even as their tormentors share a meal and an abusive crank call, the victimized trio become the object of police recriminations, just as the film's consequent homosexual vigilante fathers, talk about the modern face of Sweden, receive scorn from a well-intentioned, pregnant on-looker. Östlund's Play is a very difficult film to watch, though one that this writer would recommend, not only for its troubling real world-inspired subject and politically incorrect racial politics, but also for the act of defecation that one of the abused youths is forced to perform on screen. As site collaborator Lisa K. Broad describes it, Östlund's is a cinema of cruelty in which the filmmaker subjects his young actors not just to the above, but indeed to a series of physically and psychologically punishing trials that in essence penalize the children, of all races, for the sins of their parents.

However, for this viewer at least, it is even more disquieting that Play may just represent the future of both European cinema and the continent itself. That is, if fellow New York Film Festival main slate entry The Turin Horse (Béla Tarr* and Ágnes Hranitzky, 2011) represents an endpoint for both the director's modernist art idiom and a Europe whose collapse he has been long heralding, Play offers a glimpse of what conceivably could follow, after the fall. After Tarr.

Note [*]: As a footnote to the Hansen-Løve narrative, and to bring this account full circle, it may be recalled that the real-life model for The Father of My Children's protagonist, Humbert Balsan, in fact committed suicide following his well-publicized difficulty in working with Tarr on the director's previous feature, The Man from London (2007).