New Film: The Girl with the Dragon Tattoo (2011) & A Dangerous Method

David Fincher's The Girl with the Dragon Tattoo (2011), from Steven Zaillian's adaptation of Stieg Larsson's international best-seller, richly repays the sort of old-fashioned auteurist criticism that this site performs as a matter of art-centered principle, offering as it does a compendium and synthesis of the filmmaker's guiding aesthetic and thematic concerns, from the director's breakthrough blockbuster Se7en (1995) through to last year's critical mega-hit The Social Network (2010). Indeed, the presence of a number of Fincher's established authorial signatures within The Girl with the Dragon Tattoo suggests Fincher's adherence to the Hollywood studio model upon which auteurism was originally built in 1950s Paris, with the director laboriously transforming his material in the image of his highly individuated world view. It also helps for the auteurist true-believer that The Girl with the Dragon Tattoo is poised to become neither a break-out hit nor a mass critical darling. Instead, Fincher's latest looks as if it will occupy, judging by the popular consensus, a relatively minor position in the filmmaker's corpus moving forward - which of course will provide the perfect position for future rediscovery and upward reconsideration.

Structurally, The Girl with the Dragon Tattoo corresponds most closely with the director's 2007 masterpiece Zodiac, as it centers on a journalist's (Daniel Craig as Mikael Blomkvist) private-sector investigation of an unsolved set of serial homicides decades earlier. As in Zodiac, The Social Network, and Se7en, the obsessive pursuit of the truth is channeled through a thorough exploration of the facts and material record of the objects of investigation, with the director's latest relying on both digitized period photos and transcriptions of corporate activities to disclose the answer to the decades-old mystery. Whereas the latter archival objects of study again call to mind The Social Network's Citizen Kane (1941) inter-text, the former presents another inscription of Fincher's formal interest in replacing the indexical artifact with a malleable digital counterpart - a strategy that finds like expression in his exterior recreations of Stockholm (cf. San Francisco in Zodiac) and in his digital addition of falling snow (comparable in type to the breath special-effect in The Social Network). Fincher once again reveals his deep, defining interest in the digital technology of his moment.

Throughout the first half of The Girl with the Dragon Tattoo's substantial (and perhaps somewhat over-long, given especially the false endings) 158-minute running time, Fincher pursues a parallel structure, alternating between Craig's journalist male lead and Rooney Mara's Tattoo namesake Lisbeth Salander, again in a fashion that corresponds to Zodiac and The Social Network's shifting subject-hoods - albeit in a manner that moves noticeably closer to the Don Siegel feature that provided the de facto critical object of the 2007 opus. Fincher's brilliant anti-social heroine - perhaps something of surrogate for the director in both senses - is sexually abused and assaulted. This compels a violent act of retribution, which could have been committed by Kevin Spacey's Se7en serial murderer. With Lisabeth consequently agreeing to join Mikael's investigation, after the latter notes that he is seeking a woman-killer, the pair pursue a murder who, again like Spacey's earlier villain, is operating according to an Old Testament-based code. On the negative side of the ledger, the identity of The Girl with the Dragon Tattoo's serial killer is more or less evident from his first appearance on screen. The strength of Fincher's latest certainly does not rest in its widely known source material.

As The Girl with the Dragon Tattoo unfolds, Lisabeth increasingly becomes Fincher's object of interest, not only narratively, but also visually, with Mara's inked and pierced yet fragile body becoming the focal point of his mise-en-scène. While Fincher clearly finds substantial, fetishistic interest in his young actress's physique, he does allow her increased agency as she initiates an immensely erotic on-screen sexual encounter with Craig's hero. Their relationship, however, will not survive through to the film's concluding elegiac set-piece, which accordingly insures the film's thematic debt to the director's more peripheral study of romantic longing, The Curious Case of Benjamin Button (2008). The Girl with the Dragon Tattoo successfully combines the romanticism of the latter with the serial-killer narratives that activate Se7en and Zodiac. This again is work of authorial summary.

Not surprisingly therefore is the reemergence of Fincher's comparably modest, though distinctive revision of classical decoupage, with shallow-depth shot/reverse-shot takes alternating slightly off-rhythm in the pattern utilized in The Social Network. The garish overhead neon's of his prior work, however, are muted somewhat as Sweden's deep cobalt skies and warm interior lighting come to serve as the alternative graphic dominants. (Visually and thematically Roman Polanski's The Ghost Writer [2010] offers a close antecedent for Fincher's film.) On the level of Trent Reznor and Atticus Ross's soundtrack - both also collaborated on The Social Network - the effect once again is fundamentally classical, with the scoring rarely stopping over the course of Fincher's protracted narrative. As such, the director's music video training is also in evidence, as it is likewise, and far more conspicuously, in the The Girl with the Dragon Tattoo's opening credits, which feature Karen O. and Reznor's exceedingly cool cover of Led Zepplin's "Immigrant Song." Fincher's anticipatory music video indeed sets the tone no less successfully than The Social Network's opening breakneck exchange between Jesse Eisenberg and Tattoo's Mara. The director's latest female lead silently holds the screen as fully as her Social Network co-star. 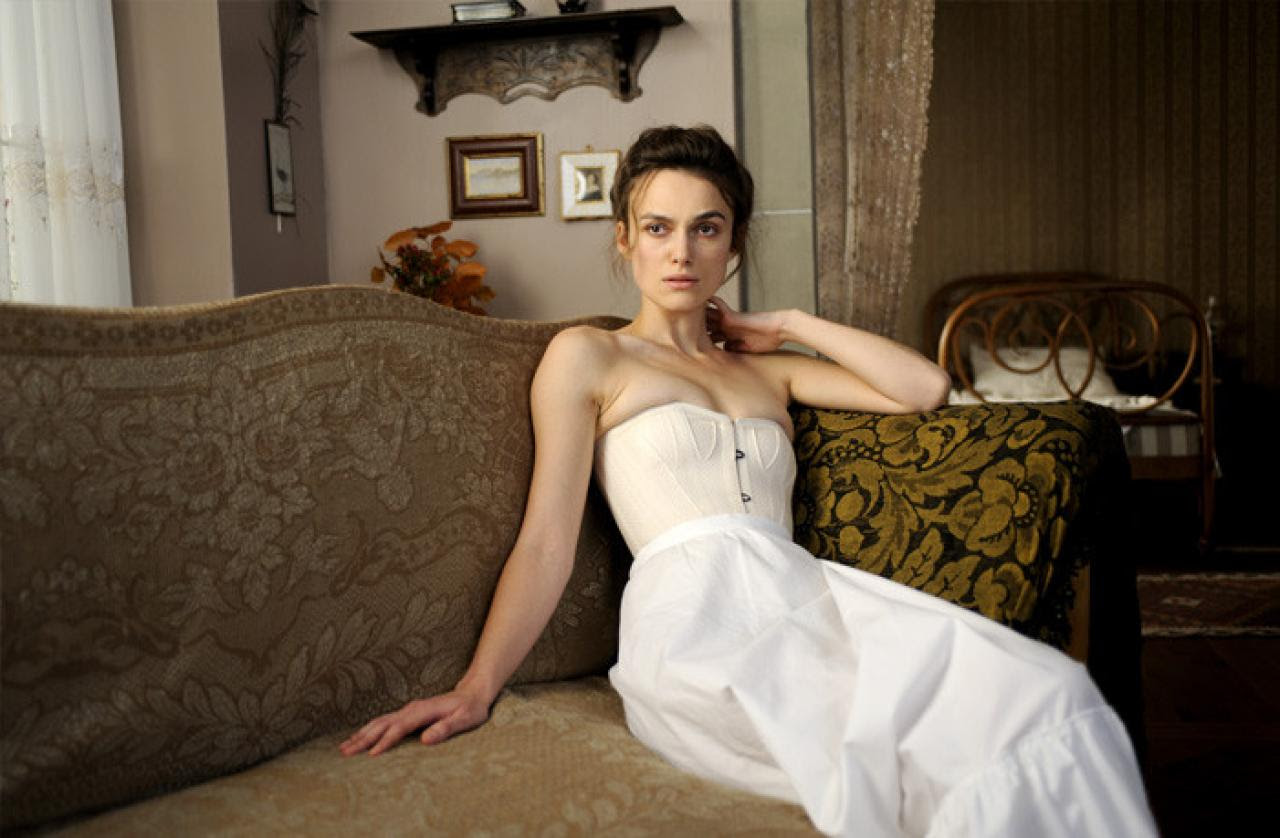 David Cronenberg's A Dangerous Method (2011), from Christopher Hampton's adaptation of his own 2002 play The Talking Cure, opens with Keira Knightley's Sabina Spielrein screaming and convulsing violently in the rear of a horse drawn carriage as Howard Shore's instrumental score crescendos on the soundtrack. While the combination of the film's historical and material settings and Shore's elegant, classical work offers a patina of respectability - that of the period art-house feature - both in the opening passage and throughout, Knightley's grotesqueries provide the first in a line of dissonant, destabilizing elements that will serve to complete A Dangerous Method's operative dialectic of tastes. The latter aspects also present a vehicle for the uncanny within a film that persists in being off, whether again it is the gap between generic form and Knightley's early convulsions or even more, the overtly artificial use of rear-projection (cf. Eastern Promises, 2007) that places the film equally in the contexts of Old Hollywood - in terms of his pacing Cronenberg is even more classical than Fincher - and the arch theatrical modernism of Manoel de Oliveira. The Portuguese master likewise offers a model for Cronenberg's consistently static set-ups, while the like-minded Jacques Rivette's Duchess of Langeais (2007) suggests a source not only for A Dangerous Method's letter-writing set-piece, but also for the aforementioned subtle violence that Cronenberg performs on the middle-brow period picture. In this latter sense, A Dangerous Method returns to M. Butterfly (1993) territory - another Cronenberg film adapted from a legit source, by the playwright.

As Sabina takes on the role of Carl Jung's (Michael Fassbender) research assistant, following her successful treatment at Jung's hands using the talking cure that provided Hampton's play with its title, the married Protestant Sigmund Freud acolyte begins to explore his feelings for the Russian-Jewish psychology student after she expresses her desire for her mentor. Jung is emboldened by the entreaties of his libertine patient and fellow Freudian Otto Gross (Vincent Cassel) to follow his reciprocated passions. (Cassel's mental instability, it should be noted, registers psyognomically in his off-set eyes, whereas Knightley's emerges in her crooked teeth and protruding lower jaw; both are visual obsessions of Cronenberg as he explores the scientific rhetoric that surrounds his early twentieth-century subjects.) Sabina and Jung thus commence with a torrid and sexy on-screen affair that taps into her sado-masochistic fantasies, while allowing for what Sabina describes as the disappearance of her identity. In both of these regards, Cronenberg entertains a more fundamentally feminine attitude towards sex, which the film sets up in opposition to Freud's (Viggo Mortensen) comparatively masculine, and deeply self-centered perspective. As in the director's avowedly anti-Freudian Spider (2002), the ideas and even the personality of the rigid Austrian thinker become targets for the Canadian director in the suprisingly comedic A Dangerous Method.

Cronenberg's latest, which in its directness reinforces the director's attitude toward psychoanalysis, operates dialogically, both as a series of intellectual debates on the schisms between Freudian and Jungian thought, and also in their respective conceptualizations and applications, with Jung ultimately positioned against not only his mentor, but also his lover. Cronenberg moreover draws up his factions not only along intellectual and emotional lines, but also according to ethnic and even religious divisions, with Jung's supressive Swiss Protestant mysticism opposed to Freud's anti-faith, anti-superstition Judaism - a position that Cronenberg likewise holds, albeit with with Sabina as his closest, more open surrogate. Indeed, A Dangerous Method serves no less as an exploration of the director's Jewish identity on the Eve of the First World War, with the film's ethnic context lending A Dangerous Method added significance vis-à-vis the filmmaker's broader corpus. At the same time, A Dangerous Method's historical setting equally confirms its currency for a year where warnings of apocalypse drove a number of its higher-profile offerings, from Lars von Trier's Melancholia (2011) to Jeff Nichols's Take Shelter (2011). Cronenberg's latest is better than both.

I liked "A Danngerous Method". The ending was quite moving, when Jung confesses that his one true love had been Sabina.