Hold Back the Dawn: Well Worth Seeing Even if it Means Sitting Next to That Guy with the Backpack Eating Soup 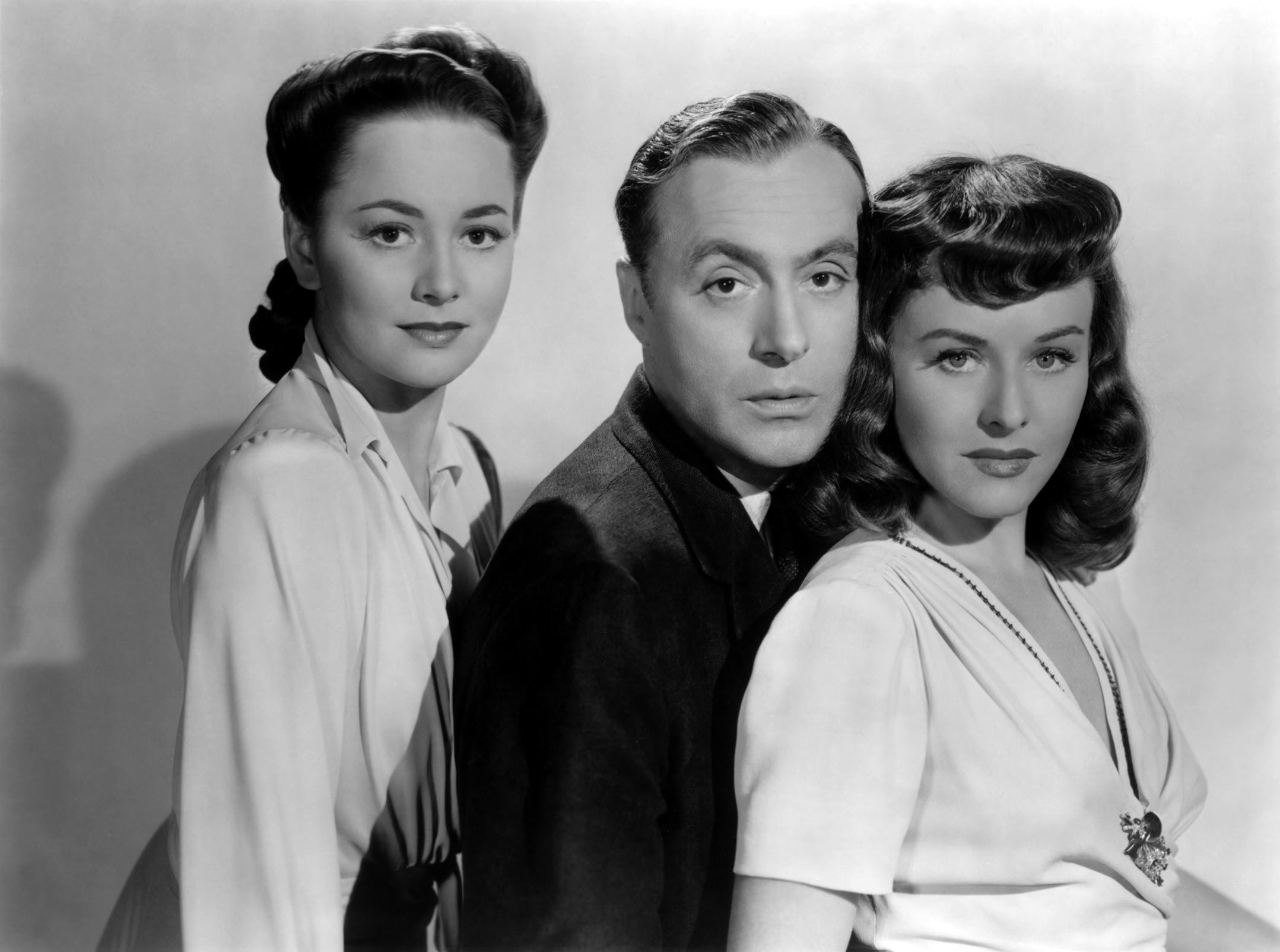 As Film Forum's well-timed summer swashbuckler series draws nigh, the merits of the concluding Billy Wilder retrospective are easy to miss -- after all, is there a director this side of the "master of suspense" who is less in need of revival than Mr. Wilder? Besides, I can think of no theatre that I find less pleasant -- save perhaps Brooklyn's Pavilion with its nacho cheese-encrusted upholstery -- than the Film Forum, which somehow manages to attract the single most ill-mannered bevy of unlikable losers that one has ever witnessed, in any one place. If you want to know what happened to that guy in your class who combined a 105 i.q., know-it-all attitude and a serious misanthropic streak, he's wearing his backpack to $5 movies (with his $50 membership) at the Film Forum where he eats soup and curses at the couple behind him for daring to whisper during the coming attractions of movies he's already seen 15 times. But heaven knows he loves to see movies on the big screen... in part because his cable was turned off in 1995 after his checking account finally ran dry without the infusion of bi-annual Stafford Loans. Plus, who likes to spend time in an unfurnished, Stuyvesant Town high-rise without air conditioning and only pickles and miracle whip in the fridge? God knows that an ump-teenth screening of Sunset Boulevard sure beats the alternative; and if you have to shout at that pretty-enough undergrad Spanish major from Northern New Jersey seated two rows back, then so be it -- she shouldn't be there anyway if she just wants to talk to her date about that chemically-unbalanced roommate of her's.

So yes, the prospect of another Wilder retro. in light of these specifics didn't exactly set my heart a flutter -- that is, until I saw two words under a couple of the titles: Mitchell Leisen. To those who are not in the know, Mr. Leisen remains one of the least appreciated directors of Hollywood's golden age, in spite of (or perhaps because of) his collaborations with such acclaimed screenwriters as Preston Sturges and the team of Wilder and Charles Brackett, which of course accounts for its inclusion in the series. While of course it must be admitted that Leisen's career cannot approach Wilder's five decades of relevance in particular, there can and should be no disputing his aesthetic inventiveness and the protean engagement of generic categories that the works showcase. Leisen is no mere placeholder for his more famous screenwriters, as they learned the directorial trade. Rather he is a classical artist, whose peak deserves to be remembered among the glories of Hollywood's greatest age.

That peak, spanning approximately five years between 1937 and 1942, includes both of the films featured in the FF program, 1939's Midnight and 1941's Hold Back the Dawn, which despite being the recipient of six Academy award nominations including best actress (Olivia de Havilland), best screenplay and even best picture, remains unavailable on home video and as a consequence, largely forgotten. Even Midnight lacks the following it deserves as one of the finest romantic comedies of that form's superlative moment; suffice it to say that it is not yet available on DVD, even if one could reasonably argue that it is superior to Wilder and Brackett's other great collaboration of 1939, Ernst Lubitsch's Ninotchka. (That these two films are both exceedingly funny makes their oversight even more inexplicable.)

Thankfully then there are art houses that cater to the permanently unemployable, as were it not for the Film Fourm Wilder series, I may not have had the manifest pleasure of seeing my third Leisen film Tuesday night, the aforesaid Hold Back the Dawn. For starters let me concur with that year's Academy voters in their nominations of Leisen's film in the acting, writing and best picture categories: all were undoubtedly deserved, starting with Ms. de Havilland's vivid portrayal of semi-dowdy school mistress Emmy Brown, who is seduced by Charles Boyer's Georges Iscovescu during a 4th of July elementary school trip to a Mexican border town which she chaperones. Miss Brown proves easy work for the Continental, who only hours before had learned of a loophole in getting the American visa that he and so many others had coveted: marrying a Yankee. Former mistress Anita Dixon (Paulette Goddard) supplies him not only with the strategy, but with the ring as well.

With the holiday over and the bus fixed -- Brown and her school children are forced to spend the night in Iscovescu's hotel lobby after one of the parts mysteriously goes missing -- the new Mrs. Iscovescu crosses back over the border, anticipating a reunion with her gentleman husband in the allotted four weeks. Parenthetically, the misbehavior of the students against a disgruntled mechanic who sadistically desires one young man's punishment, even offering to do it himself, provides the film with some of its grimmest humor -- one suspects that there is far more Wilder/Brackett here than the film's romantic helmer. In the meantime, Iscovescu recommences his affair with the vampish Dixon before being interrupted first by a border official that seems to make the border community his home away from home, and then by the unexpected, early return of his new bride.

Without giving up too much of the film's wildly uncoiling plot, it almost doesn't need to be mentioned that Iscovescu will have something of change of heart concerning the new Mrs. Iscovescu. Yet, it bares mentioning in the context of the film's analysis, at this moment at least, for the style that Leisen brings to sequences wherein the couple are forced together in the nation's less accessible hinterlands. There is, for instance, something virtually Eisensteinian in the director's compositions of both cactus-framed dirt roads, and more spectacularly, a Mexican church that is filled with hundreds of lit candles for a sacramental affirmation of marriage. (Eisensteinian in that it almost prefigures that director's depiction of Ivan the Terrible's coronation in the film by that same name.)

Then there is the subsequent scene in which Mr. Iscovescu, partially succumbing to a sudden, uncharacteristic guilt, decides that it is better if he doesn't consummate their marriage. After faking a shoulder injury, we see him spying on the de Havilland character sleeping in the back seat of the caravan. Gazing at her through the rearview window, Leisen distills the gentleman's desire into her rising and falling bosom. It is indeed in brief moments and relatively understated gestures like this that Mr. Leisen shows himself to be a director with startling visual flamboyance.

Not that there is anything small about Leisen's visual imagination. Take, for instance, the car chase that Iscovescu provokes near the end of the picture. Here, in radiant black-and-white photography, Leisen not only summons the visceral excitement of the sequence, which he does quite effectively, but he moreover explicates the process by which, against all odds, Iscovescu escapes from his police/immigration pursuers. We see how he turns off his lights, slips behind billboards, etc. to get to his love. Similarly, in the earlier sleeping scene, Iscovescu not only fakes his injury, or tells the Mrs. of his pretend infirmity, but we see him stage the feigned accident, again offering a case for a believable outcome to an improbable scenario.

By this juncture, Leisen has fully succeeded in involving his spectators in a picture where ultimately much is at stake -- at least in my case, I was hoping that Iscovescu and his wife would live happily ever after, however cruel and undeserving the former might be. Without saying too much more about the film's plot trajectory, suffice it to say that happiness seems quite unlikely by the time the narrative devolves into said car chase.

As to the ending, anyone knowledgeable of Leisen's ouevre may suspect a happy ending (ala Midnight and Remember the Night) whereas the same conclusion in Wilder's body of work (think Double Indemnity, 1944) is far less certain. Significantly, then, it should be noted that Hold Back the Dawn manipulates a structuring device wherein Iscovescu recounts the tale to a director whom he once met during his days as a continental socialite. That the director is played by Leisen is of no minor importance, as is the fact that he is directing Veroica Lake and Brian Donlevy, whom he actually made I Wanted Wings with that same year (1941). In effect, the film proper could almost be said to have two endings, a Wilder/Brackett and Leisen one, were one to judge their competing temperaments. Regardless, the Wilder and Brackett penned flashback structure (which of course the former employed to famous effect in Double Indemnity and Sunset Boulevard [1950]) can at least be said to represent a way around classical Hollywood codes of the time.
Posted by Michael J. Anderson at 10:18 AM