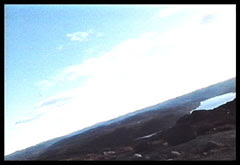 If 1970s film aesthetics was defined by a single common feature, it was the principle of excess. In Hollywood, this quality of excess manifested itself in the further roll-back and transgression of Hays-era prohibitions, leading not only to the so-called Hollywood Renaissance of the late 1960s and early 1970s, but also to the well documented explosion of exploitation cinema. In Japan, the X-rated pink movies of the era bested Hollywood's comparatively mild attempts to create a morally retrograde cinema. India witnessed the emergence of a relatively artless blockbuster cinema to compete with similar developments in Hollywood excesses in their own right - while Europe seem to discount the concept of popular cinema altogether. Indeed, in that latter context, the art film experienced its least commercial instantiation with running times often exceeding the 180-minute mark: Andrei Tarkovsky's Solaris (1972) comes in at a lean 165-minutes when compared with Céline and Julie Go Boating's (1974) 190 minutes, Jeanne Dielman's (1976) 201 minute-length, The Mother and the Whore's (1973) 210 minutes, the four hours of Theo Angelopoulos's Travelling Players (1975) and Manoel de Oliveira's Doomed Love (1979), and of course, most spectacularly of all, Jacques Rivette's 773 minute Out One (1971) and its 4-hour abridgement, Out One: Spectre (1972).

Along with Stan Brakhage's Scenes from Under Childhood (1967-1970), Michael Snow's 180-minute La Région centrale (1971) extends this principle of excess to the avant-garde. Of course, it is not simply for the film's punishing duration, but more importantly for the scope of its ambitions - another era hallmark - that La Région centrale rates as one of the defining examples of 1970s film art. Like the cinema of Rivette, Snow's concerns itself foremost with allegorizing his medium's basic ontology. Before expanding on the particulars of this process, however, a brief description of the film's singular technique might be helpful. From IMDb:

[La Région centrale was] entirely shot using a robotized camera set on the top of a mountain in the Canadian wilderness - in winter. The camera was mounted on a mechanical arm that could move in any direction (even upside down). Using instructions recorded on magnetic tape, the filmakers could control the arm's movement, creating short "routines" that had do be checked and programmed daily. During the entire movie the only sound heard are mechanical blips and electronic noises synchronized with the camera movement...

From the start, we see a series of fluid, spiraling camera movements punctuated by jerky in-camera reframings. The shadow of the aforementioned apparatus is visible on the frozen ground. Shortly, the view shifts from a Smithsonesque ("Spiral Jetty") pebble field to the horizon of this Northern Québec locale. As the film continues to unspool, the pre-programmed 'routines' slowly omit more and more of the icy, light blue sky until we are faced with this barring-less color field. At this juncture, the camera movement of the prior passages has become virtually invisible, though it is equally clear that the same strategy continues (which the return of the horizon will soon confirm). In the meantime, Snow's image has collapsed into virtual abstraction, rendering the texture of the grainy 16mm stock increasingly visible.

So too are we made aware of the camera's lens in the extensive flaring that characterizes this and a number of the film's subsequent 'routines.' In these, moreover, the glass surface becomes progressively dirtier, thus giving us a sense of a world delimited by the lens's impermeable boundary; the camera at this moment is more than the lens - it is a behind the glass as well.

The physical properties of the camera, however, are made clearest still in a series of jagged, diagonal vectors that imitate a bouncing when the camera quickly shifts directions after reaching the ground line. In these moments, the camera's physical volume, its embodied quality in essence, is made manifest: the camera can only move through negative space; its lower limit is the same as the human body - even as it seems to travel freely through the heavens.

Speaking of the camera's export to the upper reaches of the visible, Snow begins by offering us progressively larger glimpses of the Québec skies again before thrusting into the deep blue. Thereafter, Snow offers us segments of each splitting the screen, first horizontally and then vertically. With the latter configuration in particular, especially once the camera movement is sped up to the point of abstraction, Snow imports a sense of his mise-en-scène as film stock, passing through the projector in a succession of moments too quick to glimpse on the atomic level of the individual frame. In a similar passage rapidly skimming the surface of a mountain lake, La Région centrale mimes an image stream, run too quickly to be examined, but theoretically subject to a slowing that could again make the image readable once more. What we have is projection in short.

Snow's work, in sum, highlights both the element nature of the medium - its division into discrete frames unspooled too quickly to be seen - and again the process of projection itself, with landscapes running horizontally and vertically before our eyes, at an ever-changing pace. In this respect, La Région centrale bares more than a passing resemblance to the work of Brakhage, from Anticipation of the Night (1958) onwards. This particular film is echoed in the film's brief night-time segment with the moon swinging quickly across the upper right corner of the frame. In fact, as we see this single, luminous object crossing the screen, its projection like a flashlight broaching an otherwise pitch black theatre, we are made aware of its trail scorched onto our retinas in its absence. Metonymically, we are reminded of the film's winter landscape, out-of-view, but still present in our collective remembrances. No less than Brakhage, La Région centrale is about the act of seeing.

As the film reaches its conclusion, Snow's abstraction becomes even more pronounced with a thin band of land briskly moving in and out of our view. On this occasion, a second of the director's work, Mothlight (1963), serves as a reference. However, in those moments of purest absence, the films of Paul Shartis emerge as the closer point of comparison, as for instance the filmmaker's N:O:T:H:I:N:G (1968), which seems to counter Wavelength's arguments for an ontology of cinema emphasizing space with one that highlights the fundamental work of light in the medium. (I was fortunate enough to see both films on a Madrid double bill eight years ago - one of the finest avant-garde double features I suspect I will ever see.) In this regard, La Région centrale positions itself as summa for the North American avant-garde of the previous two decades, while reframing this tradition within the newly emergent aesthetic of excess that would characterize the rest of the decade.

In the end, La Région centrale is the spiritual twin of Jacques Rivette's Céline and Julie Go Boating (1974) and that film's allegorization of the filmmaking process. Then again, if there is greater emphasis on the act of creation, of invention in Rivette's subsequent opus, Snow's film emphasizes the projected image and therefore the experience of film viewing itself. (So they are fraternal twins, I guess.) In other words, Rivette seems more concerned with the making and Snow with the seeing. Of course, this is not to limit Snow's ambitions: La Région centrale further makes us aware of our place on this planet, the workings of gravity and its stipulated absence, and finally this planet's revolving trajectory through the heavens. Snow's masterpiece is not only reflexive, it's cosmological. There is, in other words, an excess of ambition here.
Posted by Michael J. Anderson at 12:30 PM