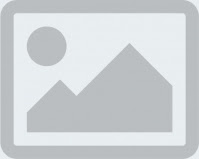 Johnnie To's Sparrow (Man jeuk, 2008) is the second of the director's most recent pictures to screen at this year's New York Asian Film Festival - following his supernatural, semi-comic crime thriller Mad Detective (2007) - and though it largely breaks from the director's preferred action idiom, To's very latest is both superior to the fest's other entry and likewise rates as one of the 7th installment's most immediately satisfying works. With Sparrow, To has purportedly created a work with no other intention than to make precisely the film he wanted, which it would seem was a French film from the nouvelle vague era. Not exactly a "New Wave" film, however, as Sparrow's most conspicuous references include Robert Bresson's Pickpocket (1959) and Jacques Demy's The Umbrellas of Cherbourg (1964) rather than say the films of Truffaut or Godard. In sum, To's latest is a film made in the broader spirit of the era, cobbling together a series of allusions connected by their mutual period and national context, and most importantly, by the director's unmistakable affections.

Sparrow opens with the eponymous animal fluttering into the spartan Hong Kong flat of the perpetually grinning Kei (Simon Yam). As such, To immediately commences with his sequence of references by alluding to Jean-Pierre Melville's Le Samuraï (1967), whose 1970 Le Cercle rouge, importantly, the Hong Kong director plans to remake for a 2009 release. Kei, as we will discover in the following scene, is a pickpocket, prompting the aforesaid Bresson paean: specifically, To alludes to the balletic, train-bound theft that earlier marked the French director's perfecting of (action) film editing. Yet, both of the opening sequences are imprinted with a lightness that is at once incommensurate with its Melville and Bresson sources and also perfectly at home in the To film; the song-and-dance sequence of Demy feels eminent throughout - no doubt thanks to the Michel Legrand-style score which Termite Artist R. Emmet Sweeney noted following the screening.

While there are other obvious allusions worth noting, from a pair of set pieces utilizing ballons - think the recently re-fabricated The Red Balloon - to the Umbrellas of Cherbourg denouement, Sparrows remains more than the sum of its references. For one, this is a film of unsurpassed tactility, registering in the bird's light feet on Lam's hand, the razor blades that the jovial pickpockets hide on their tongues, the spikes driven into Kei's hand or the female lead's (Kelly Lin) smooth touch of another's hand. Like the heightened abilities of Bresson's Dostoevsky-inflected lead, To's players manifest a similarly magnified sensitivity, which the director routinely emphasizes in his precise mise-en-scène. While Sparrow may largely lack the action set pieces of say an Exiled (2006), To's filmmaking is exceedingly skilled as always, mixing the director's commonly mobile takes with a profusion of disparate angles (many of which favor an overhead position).

Speaking of set pieces, it makes a good deal of sense that To would favor relatively discrete blocks of narrative given the picture's two year gestation period - not that To's more rapidly-completed works possess a markedly different character. Consequently, it is also at this level that those things which most recommend the superb Sparrow become evident: as for instance the film's commendable light comedy, which can be witnessed in a pair of fine elevator-based set-ups. In other words, while Sparrow may be more than the sum of its references, it very much remains (in the best sense) a sum of its parts.

In the above respect, Sparrow does accord within To's traditional practice. On the level of theme, likewise, we can further see its explanatory value, particularly in his latest's emphasis on game-play (a key theme in many of the director's films, including his sterling 1998 A Hero Never Dies). Here, To's concluding shootout is replaced with what amounts to a contest of skill, centering on the protagonists' profession, with the film's beautiful female lead as the ultimate prize. In this extraordinary passage, the libidinal and violent are replaced by the game, which retroactively confirm the significance of this theme across the director's corpus. His is a cinema of prowess, where his players (within the director's equally achieved mise-en-scène) are forever called upon to show their level of skill, be it in his generically-prompted shootouts or in Sparrow's substitute 'game.'

Though singular on the level of narrative, Sparrow nevertheless emerges as central to To's craft as a whole; the film's differences reinforce the film's essential similarities to the director's body of work.

Sparrow screens at the IFC Film Center in lower Manhattan on Wednesday, July 2nd at 9:40 PM.

Update: See the aforementioned Sweeney's analysis here. As always, Rob's post is exceedingly well-written and insightful; note especially his underlining of Hong Kong's centrality to Sparrow (a point we forgot to mention). If there is a theme to the 7th NYAFF thus far, it would seem to be its selections' love affairs with the continent's highly photogenic cities.
Posted by Michael J. Anderson at 9:38 PM