The 49th New York Film Festival: A Separation & This Is Not a Film 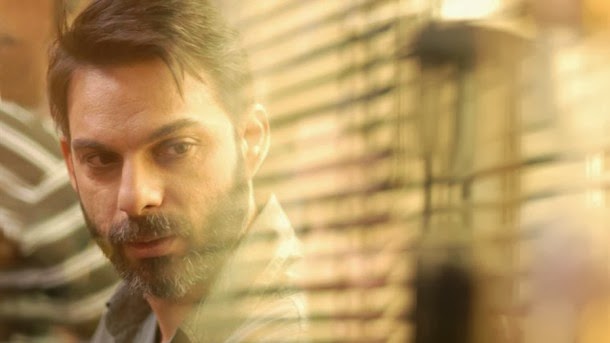 Opening with a pre-credit passage in which separating eponymous leads Nader (Peyman Moaadi) and Simin (Leila Hatami) address an off-camera magistrate in a tight, frontal two-shot, writer-director Asghar Farhadi's A Separation (Jodaeiye Nader az Simin, 2011) proceeds to cultivate the first long-take's implied logic of domestic surveillance, with the film's consistently transparent home architecture taking the lead hereafter. Farhadi's focal domestic interior - in which Nader and sixth-grade daughter Termeh (Sarina Farhadi) live with the former's Alzheimer's debilitated father (Ali-Asghar Shahbazi) - is divided by a series of French doors, interior apertures and even a translucent glass front entrance that all bring the film's domestic melodrama into public view. Consistently compressing the visual field in telephoto, Farhadi and cinematographer Mahmoud Kalari's camera shoots through these visually permeable barriers, as well as through the home's exterior windows, in a creating a sense that nothing in this household (as in the Iranian nation itself) is beyond the purview of its invisible monitors. With new nurse Razieh (Sareh Bayat) brought in following Simin's departure, the film's virtual surveillance is extended to both the culture's religious authorities, with the former consulting church-leaders to determine the spiritual legality of a series of actions, and also to the Islamic faith's patriarchy, which in this case is adjudicated by Razieh's bad-tempered, out-of-work husband, Hodjat (Shahab Hosseini), from whom the pregnant co-lead initially is forced to hide her place of work.

A Separation will turn on those things, within its governing system of abundant visibility, that may or may not have escaped witness, whether it is the ambiguous, just-out-of-view accident that transforms the film from household drama to criminal mystery or the piece of related information that will dictate the magnitude of the legal charges. With Farhadi's film accordingly shifting into crime-thriller mode, the picture's leads and supporting roster - the full slate of performers are superlative in their respective roles - are forced into investigative positions, as they attempt not only to make sense of their incomplete perspective on the events, but also on what will prove uniformly unreliable testimony. Consequently, the film's players, along with its spectators, who in the latter case participate in the same acts, calling not only on their intuition, but also on their murky recollections of seemingly off-handed moments in the narrative, are made complicit in the operation of A Separation's inscribed surveillance society. They become actors in the film's economy of monitoring and reporting, which will result finally in a denouement that escapes every witness expect the religiously conditioned moral guilt that impacts one character disproportionately. Farhadi's robust depiction of modern-day theocratic Iranian society, as comprehensive as any that this particular writer knows, is reproduced accordingly in the very structure of A Separation's narrative, just as the film's mediated visual strategies allegorize the same theme imagistically. In transforming both in the image of the film's distinctly big subject, therefore, Farhadi's film qualifies as a genuine masterpiece of the contemporary Iranian cinema.

Among the higher profile victims of President Mahmoud Ahmadinejad's authoritarian regime, from which he has received a six-year prison sentence and twenty-year filmmaking ban for colluding to commit crimes against the nation's security and producing propaganda against the Islamic Republic, Iranian master Jafar Panahi subverts if not openly transgresses against the ruling with his latest, This Is Not a Film (In Film Nist), shot by the director and documentarian Mojtaba Mirtahmasb, under the conditions of Panahi's house arrest. Drawing on the caption to René Magritte's Treachery of Images (1929; see below) - "Ceci n'est pas une pipe" - Panahi and Mirtahmasb create a work that like the painting, isn't and is that to which it refers: after renouncing the unintended fiction of the film's commencing static set-ups in which Panahi goes about his quotidian daily activities, the filmmaker proceeds to read and reenact a scene from his latest banned screenplay, judging that he has been prohibited neither from acting out nor reading his un-produced material (though his direction to Mirtahmasb to "cut" does lead the latter to insist that he and not Panahi will control the subsequent filming). This, it should be added, follows on the aforementioned set-ups that likewise offer an additional, audio-visual alternative to traditional, screenplay-based narrative filmmaking in the rough form of surveillance once again - with a phone conversation dictating, fictitiously in all likelihood, that Panahi himself was not responsible for at least one of the shots. In other words, Panahi seeks at this point to represent rather than make his film, to transform himself and his work in every respect into the subject of his art, which theoretically will be documented without out his intervening agency as director.

This shift from static set-ups to hand-held documentation occurs after a pivotal telephone conversation first, where Panahi's dire legal status is reinforced, and his screening of a clip from his second feature consequently, The Mirror (1997), which the filmmaker argues provides a model for what he should be attempting with the work that will become This Is Not a Film - namely, that he should take his "cast" off and respond authentically like his young child actress. Panahi's screening of his Mirror clip provides the first of three of on-screen passages from the director's prior corpus, with the latter two moments from Crimson Gold (2003) and The Circle (2000) illustrating the unplanned contributions of the actor and the power of plastic representation respectively. That is, they each show the limitations of an experiment in cinema-based imagination with respect to which Panahi becomes quickly disillusioned. They also comprise a film critical intervention that combines with This Is Not a Film's theoretical examination of the natures of film and documentary to construct a discourse that in some sense surrounds or encircles the act of filmmaking that Panahi of necessity musty avoid. As such, it might be argued that Panahi substitutes the acts of documentation (which he further does on his cellphone later in the work), collaboration and analysis for the auteurist production of narrative art cinema, which is to say the activity that drew the administration's ire.

It needs not be said what Panahi in fact produces with This Is Not a Film - the auteur's latest naturally demands a certain degree of spectatorial complicity - except to say that the banned filmmaker has produced a work of exceptional entertainment and surprising humor, as well as one of lasting impact, thanks especially to the same ontological play and litany of questions that formerly appeared in relation to the Magritte - albeit with greater plausible deniability in 1929. Panahi's effort additionally provides the latest entry into the fact-fiction hybrid that Abbas Kiarostami's Close-Up (1990) inaugurated (at least in the context of the international festival circuit), with performativity providing as key a motif for Panahi and Mirtahmasb as it once would for the former's mentor. The banned filmmaker likewise draws on Kiarostami's more recent Shirin (2008) in embedding his own un-filmed work within the diegesis of This Is Not a Film. In this respect, the tacit discourse on censorship that occurs throughout Kiarostami and especially Shirin becomes a matter of a terrible practical necessity in Panahi's latest.

Considering both the interventions of This Is Not a Film and A Separation, therefore, there emerges yet further of evidence of a distinctive Iranian art film idiom, as developed foremost by Kiarostami, with Moshen Makhmalbaf serving as his earliest and most significant respondent. Within both of the latter-day films, this national form is articulated in their referential emphasis on what remains off-camera (out of view and between the cuts) as a result of domestic censorship, once again; in their semantic properties (telephone conversations in the former, automobile travel in the latter, strong female and child characters in both); and in the spaces that each leave for viewer adjudication, whether it is the ending of the latter or the ontological questions of the former. Suffice it to say that with A Separation and This Is Not a Film, Iranian filmmakers have not only developed and expanded the horizons of their nation's cinematic art, but have also produced the year's strongest domestic double bill. With that said, the tenuous nature of the industry, to say nothing of Panahi's even more tragic circumstances, provide substantial reason for pause before declaring a full-scale renewal of the nation's cinematic fortunes - to the lofty place it occupied when Panahi was first emerging as one of the globe's leading art cinema auteurs, as a maker of films.

A Separation will screen twice for the New York Film Festival, once on October 1st and again on October 2nd, while This Is Not a Film will play only once on the evening of October 13th. Both films do have U.S. distribution, with the former beginning its limited run December 30th.
Posted by Michael J. Anderson at 4:15 PM