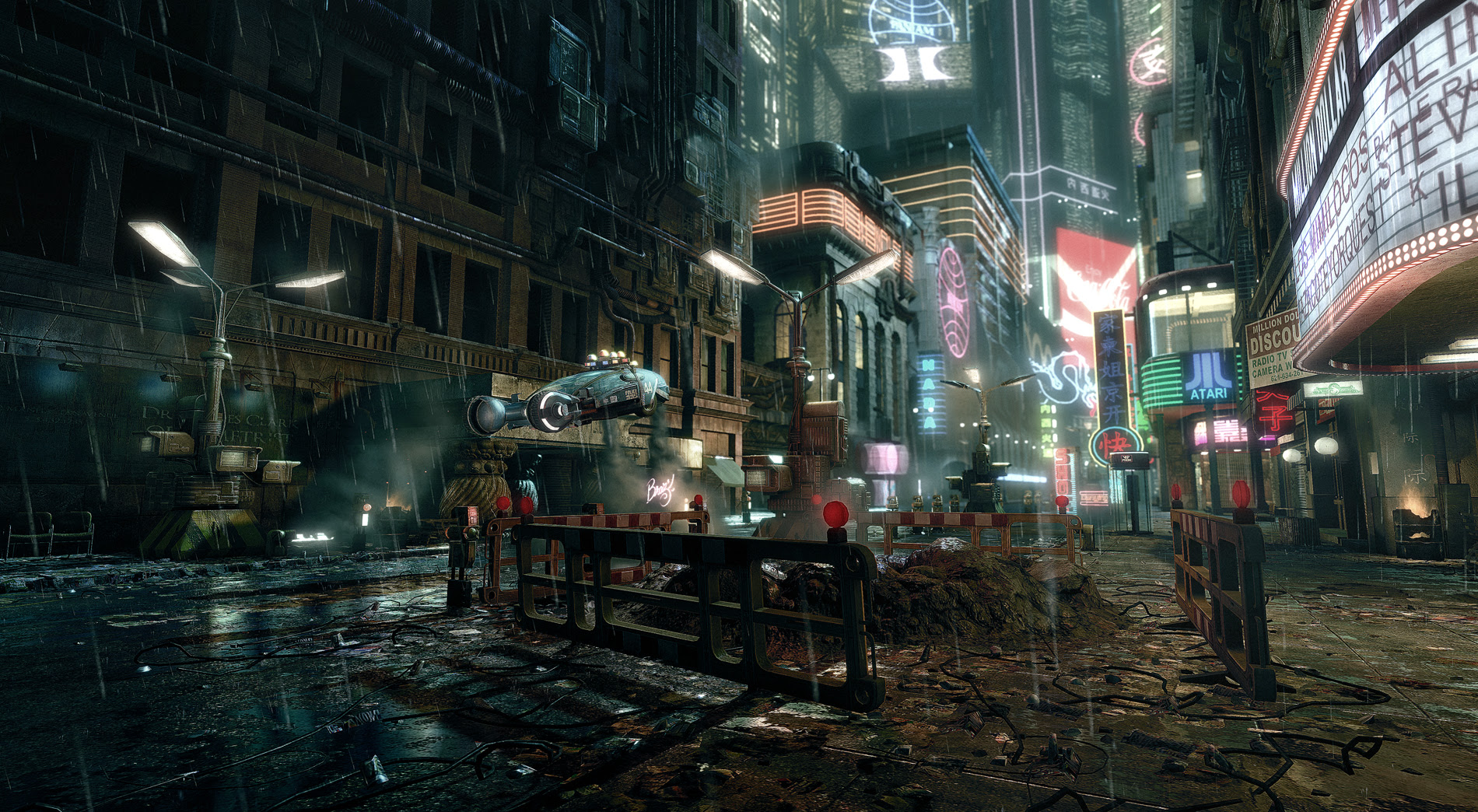 In a year that has witnessed real movement toward deceased action-hack auteur Tony Scott, an unapologetic Tativille favorite since he directed one of the finest blockbuster-mode features of the early twenty-first century in Déjà Vu (2006), my own grandest moment of reappraisal and personal (though not complete) reversal came ironically with the most critically lauded of the Scott brothers' work, older-sibling Ridley Scott's Blade Runner (1982). Of course, there are very few films of comparable aesthetic interest that owe less to their director's artistry than does Blade Runner - a fact that has dictated the elder Mr. Scott's series of post-release efforts to re-cut and re-package a film that perhaps was not nearly enough the director's own; that is, to belatedly claim authorship over his sleazier, proto-Avatar (2009) major-work. Then again, Mr. Scott is himself, like this writer, more than justified in returning to a work of science-fiction whose mode of address represents the ultimate in cult appreciation: that of the reusable commodity.

The essence of Blade Runner's re-usability resides in its construction of an intricate and immersive diegetic space that invites its spectator to return time and again, to explore, re-explore and escape into the dystopian world created by the filmmakers - an activity that is encouraged additionally by Scott's multiple re-cuts. Lawrence G. Paull's production design emerges as a cinematic dominant, with the narrative pausing to luxuriate in Rachael's (Sean Young) Egyptian flat, J. F. Sebastian's (William Sanderson) Victorian-styled mansion and the trashed-filled back alleys of Blade Runner's teeming Los Angeles. Perpetually damp, eternally nocturnal and painted in neon, Scott's soiled, Tokyoesque L.A. is indeed absolutely ripe with an all-consuming urban decay that serves to situate the film in its immediate, early 1980s moment. In short, Scott's cinema of production design and art direction provides a pure form of visual spectacle that ideally complements the to-be-looked-at-ness of Blade Runner's special effects, director of photography Jordan Cronenweth's graphic lens flaring and naturally, Miss Young's intentionally inhuman beauty. We are asked to survey, scrutinize and in the case of the film's female lead, stare.

Blade Runner's steampunk aesthetic - brought to the screen at the cultural crest of the Anglo-American "new wave" that Pris's (Daryl Hannah) white and black face paint most directly inscribes - contributes to the film's larger mapping and re-mediation of the historical nineteenth century. Scott and Cronenweth's effectively pre-electric spaces (see Joe Turkel's candlelit home) catalog the earlier historical era, whether it is the aforementioned Egyptian and Victorian interiors or the stone, steel and glass Richardsonian architecture to which the narrative shifts late in its running time. Then there are the even more discursively significant automata that link Blade Runner to the late nineteenth century time of cinema's naissance - in addition to functioning as a narratively motivated double for the film's Replicant subjects. Scott's postmodernism, like the Victorian culture that Blade Runner focalizes, samples from both disparate historical sources and remote geographical locations - no less than George Lucas's even more cultist Star Wars trilogy, with respect to which Blade Runner stands in obvious dialogue.

Scott's film indeed emerges as a theorist's alternative to Lucas's cinematic mythologizing, with the film's cyberpunk, neo-noir aesthetic and the aforementioned proto-cinematic forms providing sexy counters to Akira Kurosawa, Buck Rogers and Saturday matinee television pulp. However, it is in another sense an accidental object of theoretical interest with the filmmaker's deficiencies as a storyteller - which perhaps become clearest in Harrison Ford and Rutger Hauer's limply choreographed fight sequence - implicated in the film's cult appeal. Indeed, it is not simply that Blade Runner's richly detailed environments invite further examination, but that the narrative's occasional lack of immediate clarity likewise encourages repeat viewings. In this sense it is Blade Runner's traditional imperfections (at least in part) that make it a cult-style reusable commodity.
Posted by Michael J. Anderson at 12:53 PM