Correspondences from 1989: No, or the Vainglory of Command 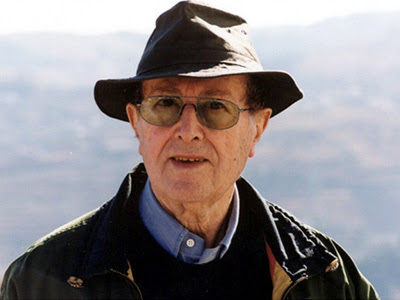 This is the first in a series of posts devoted to Yale University's 1989: Film Culture and the Fall of the Wall film festival, which screened February 7th through the 9th in New Haven, CT. Please note the following piece contains spoilers.

Manoel de Oliveira's No, or the Vainglory of Command (1990, 'Non', ou A Vã Glória de Mandar), from a P. João Marques text with dialogues added by Oliveira, is said to have marked an "international breakthrough" for the Portuguese master, whose first directorial credits included the silent 1931 short Douro, Faina Fluvial and the filmmaker's superlative 1942 feature debut Aniki Bóbó. It would be twenty-one years until Oliveira's next full-length feature, the 1963 passion-play Rite of Spring, and yet another decade-plus before the director would work continually in the cinema. However, as the well-known story goes, Oliveira has not only remained active since the late 1970s, but has indeed increased his output in recent years, releasing an average of at least one film per year since No, or the Vainglory of Command. The fact that the still working Oliveira will turn 100 this coming December makes the above narrative nothing short of miraculous. That Oliveira's output from the early 1990s has proven the most continuously experimental and inventive corpus in the European cinema exceeds all hyperbole.

No, or the Vainglory of Command represents the director at his finest and in very familiar territory: the history of his Portuguese homeland. Briefly, it is worth noting that following No,... the director expanded his subject to discuss the broader parameters of European civilization, as for instance in his supreme 1993 masterwork Abraham's Valley, and also in his exceedingly topical, small-scale 2003 opus A Talking Picture. Of course, the latter refers to a trans-European identity that has remained current in the era of the EU and particularly in the period following the installation of the Euro. In other words, the director has retained his interest in his sovereign homeland, whatever the current dividing lines might be.

The 1990 work, set at the brink of the 1974 revolution that ultimately dethroned Salazaar, centers on a group of soldiers in the midst of transport in Angola. Oliveira depicts his human subjects initially back-to-back on the flatbed of a truck and later seated in a circle in a small clearing. In both locations, the soldiers wax on the their nation's military history and on the philosophical implications of the state. Beginning with the region's first anti-Rome insurgents and continuing into the early modern era, the discussion of specific figures (Viriato) and battles (Alcácer) initiate flashbacks that complete the stories begun by the modern soldiers. In many cases, the actors in these earlier eras are played by those same gentlemen who are narrating the story: Luís Miguel Cintra, for example, serves not only as Ens. Cabrita, but also as Viriato and Don João de Portugal. Hence, the modern day narrators' role in forging the fiction is highlighted in the overlapping casting of these historical moments. This is a history being told, not merely one that is shown.

In this respect, No,... belongs to a traditional of theatrical filmmaking dating to Sacha Guitry's 1930s canon, and particularly to that filmmaker's 1936 The Story of a Cheat. Though not precisely equaling Guitry's distain for the cinema, Oliveira nonetheless has persisted in questioning the medium's ontological individuality, arguing that 'cinema does not exist,' only theatre does. With No,... cinema's theatrical antecedent - or in Oliveira's frame, its fundamental nature - is made manifest in the picture's extended passages of dialogue in which the speakers are often framed frontally and are removed from their spatial setting (as for instance on the back of the flatbed). In fact, this is a film that not only isolates and emphasizes the speaker, but one that makes the content of their dialogues cardinal to the narrative. The sequences of action serve - they illustrate - the narrative's conversations.

The picture's lone break from this pattern of straight-forward illustration occurs with the arrival of Vasco de Gama (Paulo Matos) in a native - read virginal - land. Here, the arrival of the explorers, previously named the one positive of Portuguese imperialism, is met by naked young male cupids, and voluptuous nude nymphs. Consequently, Oliveira shifts registers to that of allegory (and fantasy) figuring the settlement of new worlds in the imagined coupling of European explorer and virgin body. Soft focus to intimate this fantastic setting has replaced the hard lighting of other passages - as for instance in the palace settings of the Iberian empire segment.

Nevertheless, this allegorical valence is largely absent in No, or the Vainglory of Command. Rather, once again, the film's breaks from its frequent, extended passages of conversation to depict various losing military campaigns and other instances of historical irony that contribute to the film's thesis: something to the effect that imperial ambition has always been to the ruin of the Portugese people. Therefore, No,...'s primary purpose seems less the narration of the nation's history alone than it is the elucidation of a thesis specific to that nation's experience. In this way, Oliveira's film follows in the tradition of Sergei Eisenstein's 1928 October.

Moreover in its particular theatrical method of narration and address, No,... might further be said to connote a third form of cinematic modernism beyond those of the 1920s visual arts avant-garde (Ballet Mechanique, et al.) and the postwar literary modernism exemplified by Michelangelo Antonioni (eg L'Avventura; and to some extent picked up by Oliveira in his subsequent Abraham's Valley). Rather than exemplifying modernity in an abstraction of visual forms or in the novelistic rendering of ennui, No... represents the form of Brechtian history lesson, shot in discrete segments of an ever-shifting proscenium.
Posted by Michael J. Anderson at 12:19 PM

Excellent review as usual, Michael. By chance I happened to have just re-watched this one myself not too long ago and can certainly agree with your reading. I hope that you can make a few of the Oliveira screenings next month at the BAM; I would be especially interested to hear your thoughts on some of the very seldom screened works, like Benilde and Past and Present.