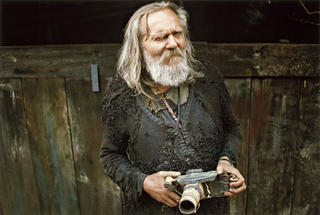 This past month, the first ever exhibition of seventy-nine year old Moravian recluse Miroslav Tichý commenced at the Kunsthaus Zurich, thrusting a major new voice (in terms of the collective consciousness, at least) into the international art spotlight. For anyone interested in this "dissident" and "hermit" -- he spent eight years in Communist prisons and clinics for his nonconformity before building a camera out of trash as per his epic poverty -- let me commend Modern Painters' characteristically informative piece. (Though to read the piece in its entirety it is unfortunately necessary to purchase the publication; then again it is the best arts journal going, so just buy it!) I will also use the opportunity of this introduction to post photos on Tativille for the first time, which is perhaps not the best idea given his nude female subjects. Still, with the physical deterioration that he allows his images to suffer, there is an undeniable sense of the transience of physical beauty included in these exceptionally elegiac works. Their subject matter thus is not the nude figure alone -- thereby portending something other than pornography -- but rather beauty's passage, consequently reminding us all of life's evanescence. This is dimly-recalled eroticism, somehow closer to memory (making it all the more wistful) than it is to photographic reality. Take a look and see if you agree: 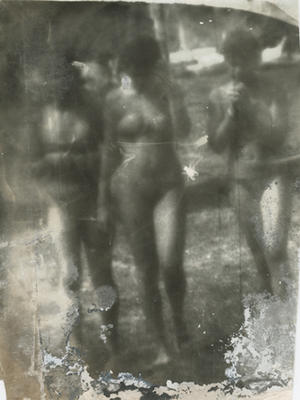 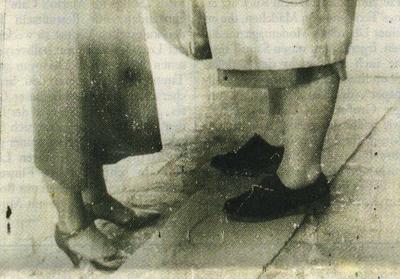 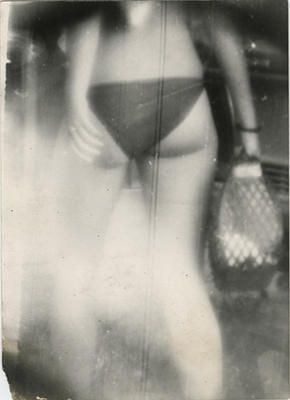 Miroslav Tichy seems to have captured the very essence of beauty. To capture any essence,you must suffer a drastic lack of means.
It's the shortage of tools that allows beauty to timidly unveil.
like when you fast...

His photographs are vestiges of furtive glances. They declare the immediacy of impulse and the ephmeral aspect of memory and disclose a conflict between desire and dissolution. It is not about physical beauty, although this is the impetus for the work. The images are pure, powerful visual communications of the emotions of Tichy's experience. He has said, "I am an observer, observing as thoroughly as possible." But his gaze is set towards the interior and not out at the world and his scrutiny extends beyond the lens and even the confines of technique to create documents of FEELINGS.